Suriname’s Inter Moengotapoe and Honduran club Olimpia have been thrown out of this year’s CONCACAF League after an investigation found “serious breaches” of integrity rules, the region’s governing body said on Saturday.

The two clubs’ game in Paramaribo on Tuesday made worldwide headlines after Inter owner and Suriname vice-president Ronnie Brunswijk — aged 60 — selected himself to start the game.

Video shared widely on social media after Tuesday’s game — which ended in a 6-0 defeat for Inter — showed Brunswijk appearing to distribute cash to Olimpia players following the game.

In a statement on Saturday, CONCACAF said Inter Moengotapoe and Olimpia had been ejected from the CONCACAF League with “immediate effect.”

Brunswijk has also been banned from participating in any CONCACAF competition in any capacity for three years, the statement added.

“Having assessed the actions evidenced in the video and considered written statements provided by both clubs, the Committee has determined that serious breaches of integrity rules occurred after the match.

“As a consequence of these rule breaches, both clubs have been disqualified and removed from this year’s CONCACAF League with immediate effect.

“Additionally, the Committee has ruled that Mr Ronnie Brunswijk is banned for three years from participating in any capacity in CONCACAF competitions.”

CONCACAF said investigations were ongoing and other individuals could also be sanctioned in connection with the case.

Brunswijk played for 54 minutes in Inter’s defeat on Tuesday, appearing alongside Damian Brunswijk — his son.

The episode is just the latest in Brunswijk’s colourful life and times. A former army sergeant and ex-rebel leader, Brunswijk participated in Suriname’s civil war in the 1980s against then-dictator Desi Bouterse. 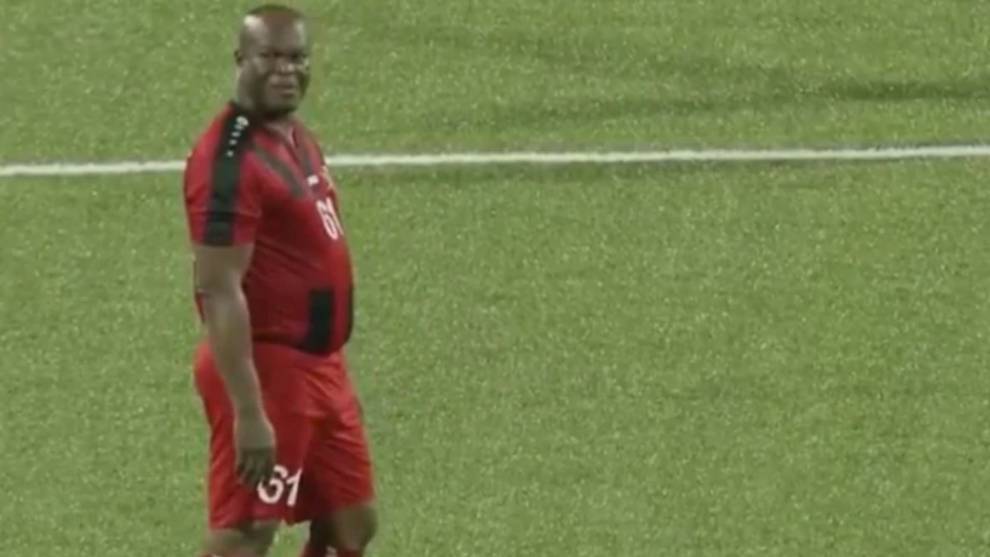 Today Brunswijk is a wealthy businessman as well as a politician, but in 1999 he was found guilty in absentia of drug trafficking and sentenced to eight years in prison by a court in the Netherlands, Suriname’s former colonial ruler.

A French court found him guilty for the same crime and in 2000 sentenced him to 10 years prison.

Brunswijk however is safe at home, as Suriname does not extradite its citizens.

First elected to parliament in 2005, Brunswijk formed an alliance with the head of the main political opposition, former justice minister Chandrikapersad Santokhi.