By Our Reporter Last updated Sep 26, 2021 0
Anthony Joshua cuts a dejected figure as he takes the same journey.

Nigerian-born British fighter, Anthony Joshua, has reacted to the Saturday night clash with Ukrainian Oleksandr Usyk at Tottenham which led to the loss of his IBF, WBO and WBA heavyweight titles.

Reacting, the former champion pleaded with fans and followers to remain positive despite his defeat.

“Keep positive even if the world’s crumbling in front of you! London, I love you and thank you each and every time!,” the post read.

Reacting after the fight, Usyk expressed satisfaction, stating that the “fight went the way I expected it to go”. 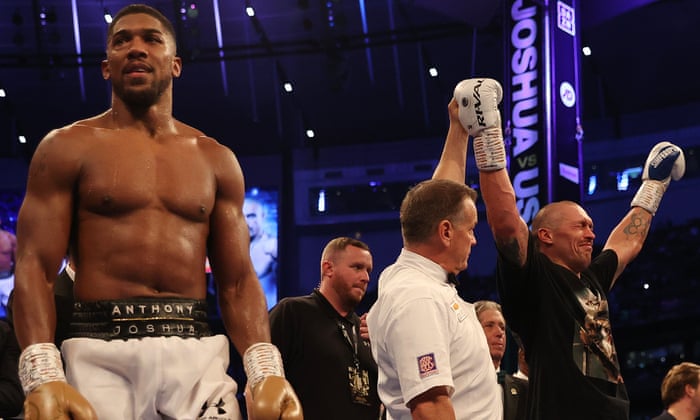 Usyk who admitted that Joshua was hard on him at the beginning, dedicated his victory to Jesus Christ, saying it would not have been possible without the Lord

“At the beginning I hit him hard and tried to knock him out but my trainers said to stop and just do my job.

“The only thing I wanted to do with this fight was to praise my Lord, Jesus Christ and say all comes from him,” he summed up.