His victory was confirmed after England lost 3-2 to Italy on penalties after drawing 1-1 after extra time at Wembley. 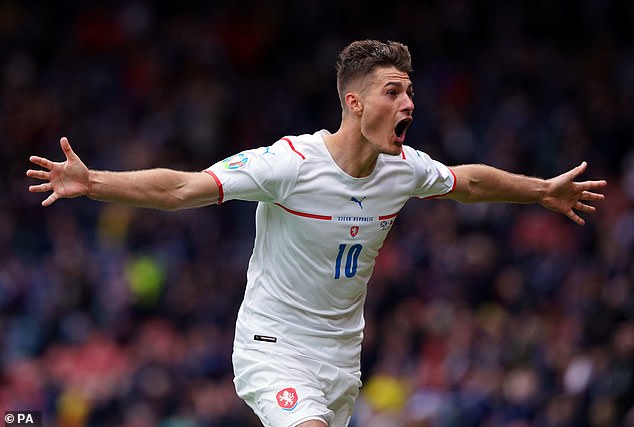 However, by virtue of his single assist to Schick’s zero, he edges ahead of the Bayer Leverkusen star to secure the award.

Although Fernando Santos’ side lost 1-0 in the last 16 against Belgium, they scored seven goals in Group F, the ‘Group of Death’, with Ronaldo grabbing the vast majority of those.

Raphael Guerreiro scored late against Hungary before an ever later brace in a 3-0 win, before Ronaldo and then Diogo Jota netted in a 4-2 loss against Germany and the ex-Manchester United winger grabbed another double in a 2-2 draw with France.

Two England stars were in contention for the award, as Harry Kane was on four goals and fellow forward Raheem Sterling three before the Euro 2020 final on Sunday.

However, the Three Lions could only draw 1-1 in normal and extra time, with Luke Shaw’s goal cancelled out by Leonardo Bonucci’s equaliser before the Azzurri triumphed on penalties, formalising Ronaldo’s win just hours after his great rival Lionel Messi triumphed in the Copa America with Argentina.

Interestingly, Roberto Mancini’s side shared out the goals between numerous players, with Ciro Immobile, Matteo Pessina, Manuel Locatelli and Federico Chiesa all contributing, amongst numerous others.

Federer, Nadal happy to welcome Djokovic to the 20-20 club