Italy’s players arrived home in the early hours on Monday after their dramatic victory over England in the Euro 2020 final, with the squad in celebratory mood.

Luke Shaw’s early opener was cancelled out in the second-half by Leonardo Bonucci’s close-range finish, before the game went to penalties and the Italians held their nerve. 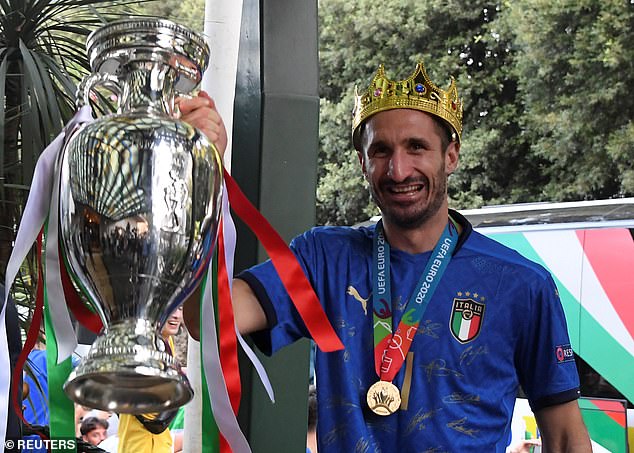 Three English players – Marcus Rashford, Jadon Sancho and Bukayo Saka – missed spot-kicks as Italy triumphed at Wembley and the whole squad returned back to Rome immediately following their win – and the celebrations were in full swing.

Manager Roberto Mancini and captain Giorgio Chiellini lifted the trophy aloft as the team left the plane, with Bonucci in party mood as the squad arrived back at the Parco dei Principi hotel in Rome.

Players were screaming with joy as they arrived back in the Italian capital, as the squad and staff flew straight home following their famous victory in London. 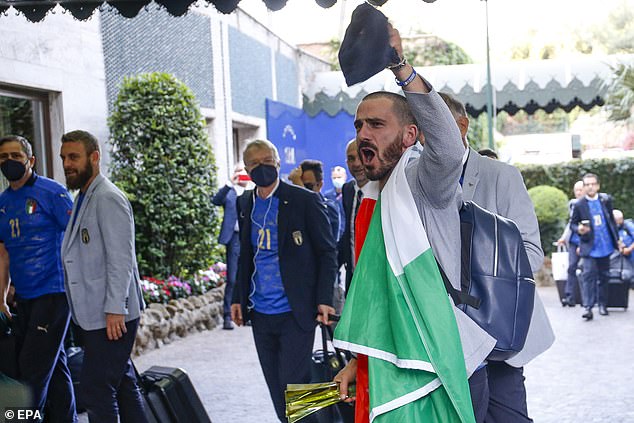 Centre back partners Bouncci and Chiellini also beamed with joy as they took a selfie inside the hotel, alongside the Henri Delaunay Trophy.

Mancini praised his Italy side for ‘dominating’ England in the final after falling behind early on. 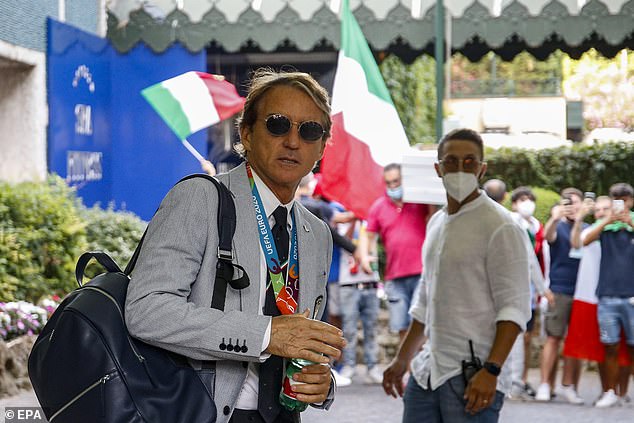 The Italy boss was in tears after the shootout win and told RAI Sport: ‘They did well. We conceded the goal straight away and struggled, but then dominated from there on in.

‘The lads are marvellous, I don’t know what more to say. It’s important for all the people and all the fans.

‘We are happy that we played well when winning the game. I hope the supporters are celebrating right now.’ 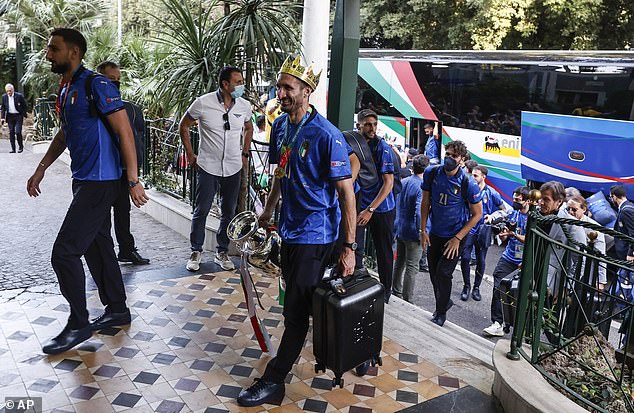 The whole squad were greeted by hundreds of fans outside their hotel in the Italian capital following their first major tournament triumph since winning the World Cup in 2006.

The Juventus defender also said in the aftermath: ‘You all still have to eat a lot of pasta,’ referring to English fans.

He continued: ‘They wanted to bring the cup back to England but we are the ones who will take it to Rome by plane.’

Southgate confirms he will stay as England boss after Euros heartbreak