Ebele, who is the goalkeeper of Nigeria Professional Football League (NPFL) side, Heartland FC of
Owerri, told Heartland FM 100.5 that his dad went through the ordeal of walking for 24 hours in the
bush the day he was abducted alongside his driver.

“Something I will never forget for the rest of my life. It was the second time my dad will be kidnapped
and it was a difficult period for all of us in the family. We couldn’t sleep or eat all the time my dad
was in the forest. We were always praying that nothing should happen to him after he was kidnapped.” 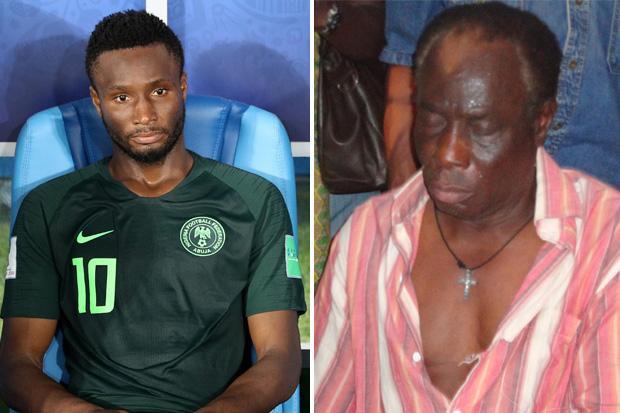 Narrating how Pa Obi was kidnapped and the steps that were taken to get him released, Ebele said: “It
happened on a day he left Jos for the village to attend a family meeting. When they got to Night Mile,
they heard gunshots from kidnappers who came out from the forest and my dad’s driver tried to reverse
the car but he was already blocked from escaping.

“The kidnappers dragged them out of the car and started kicking them. My dad kept telling them to take
the money in his car but they were not interested and kept dragging them into the bush. They made my
dad to walk for more than 24 hours into the forest.

“It was later in the night that the kidnappers ordered my dad’s driver to put a call across to my elder
brother to inform him about the abduction. They switched off immediately and called again the next day
to demand for a ransom of N100m. After several appeals and negotiations, the kidnappers eventually
reached an agreement with us.

“Thanks to the Nigeria Police and my brother Mikel who provided the ransom that we gave to the
kidnappers for my dad’s release. It was Mikel who transferred the money to my account on a Friday, but
I was advised not to carry the cash from Owerri to Night Mile in Enugu State.

“So, we had to beg the kidnappers to be patient till Monday for us to travel to Enugu, cash the money
at the nearest branch of the bank. My elder brother had to join me and we went very far into the forest
as directed by the kidnappers to give them the money before my dad was released.”
Ebele’s chat with the Owerri based radio station came on air just before another shocking disclosure by
Pa Obi that he has not spoken with the former Chelsea star for almost five years.

“It is an issue, but we don’t know what to do. It’s over five years now without a phone call from him
(Mikel) to me. But he communicates with his mother.

“There is nothing I have not done to fix it. God has told me that I should not feel hurt. When we start
to talk about it, I say, ‘Well, as long as I see him on TV, doing great, no problem’.

“During the just-concluded World Cup, one or two days to one of their matches, we spoke. He called his
mum, and she told me that Nchekwube (Mikel) was on the phone and I told him that God will see him
through. I prayed for him. That’s it.

“When he first joined Chelsea, my people in Anambra were very happy that God has blessed their son, and
when he came to Abuja, they prepared very well with the hope that he will come to our hometown. They
even made some magazines. It was grand. But he didn’t come. It was a shameful thing to me, as a father.
He once told his brother that sometimes he picks his phone to call me, but something tells him not to.”

Pinnick-led board back to business at NFF, Sanusi says