Super Eagles players enjoyed time in front of the cameras after victory against defending champions Cameroon put them into the quarter finals of the ongoing Africa Cup of Nations (AFCON) but while fans enjoyed what looked like an organized photoshoot, eyes were firmly focused on Odion Ighalo. 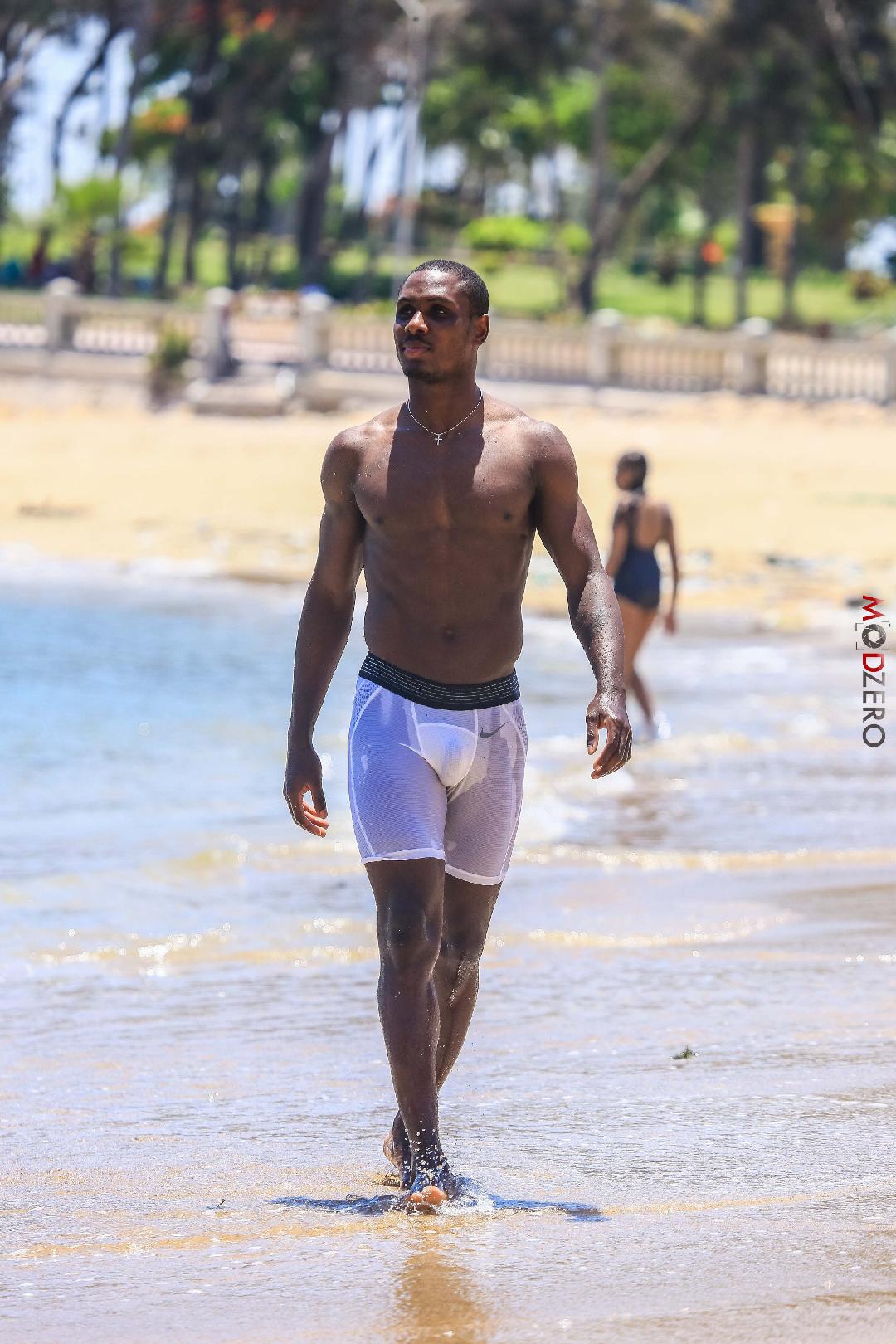 The Shanghai Shenhua striker took his pose a little too far as he revealed all in the Eagles recovery session which was captured by one of Nigeria’s finest sport photographer Modo Victor. The 30-year-old wearing a white see through biker short, left observers with an incredible jaw dropping moment replica of some of his goals for club and country.

Ighalo looked like he just stepped out of the blue sea, looking like a great model with abs to kill and eyes gazed far away from the beach.

Modo Victor @modovictorekene posted some pictures of Ighalo and teammates with a promise of posting more: “So the @NGSuperEagles had recovery training today. Those involved in the game did water therapy at the beach and I have the hottest images. When @debolaadebanjo  @Phatill and @Chiquadiva retweet this I will share the hotter than fire dudes with 6 packs on display.”

One fan Olajide Law with the twitter handled @lawalolajide52 wrote: Chaiiiii see carrot…Ighalo you are too much.. respect.

Nigeria face South Africa in the quarter final on Wednesday. The Bafana Bafana eliminated hosts Egypt in the round of 16 to set up what promises to be an epic showdown with the Super Eagles.

Arsenal are still playing ‘catch up’ after second successive…