Eagles enjoy good weather as they intensify training for Madagascar

Super Eagles training in Alexandria Friday was not only impressive but was made tick by clement weather, fillers from the camp revealed.

The Gernot Rohr tutored side, already have a place in the round of 16 and lead the group with six points.

A win against Madagascar who defeated fellow debutants Burundi on Thursday will see the Nigerians finish with nine points winning all three group matches.

The team though accused of being goal stingy in some quarters however received accolades not only for winning the first two matches but claiming the maximum points available even with loan goal victory in both clashes against Burundi and Guinea respectively.

Marco Ilaimaharitra who was the main man was Madagascar claimed three points against Burundi will be hoping to have an opportunity again to show what he can do. 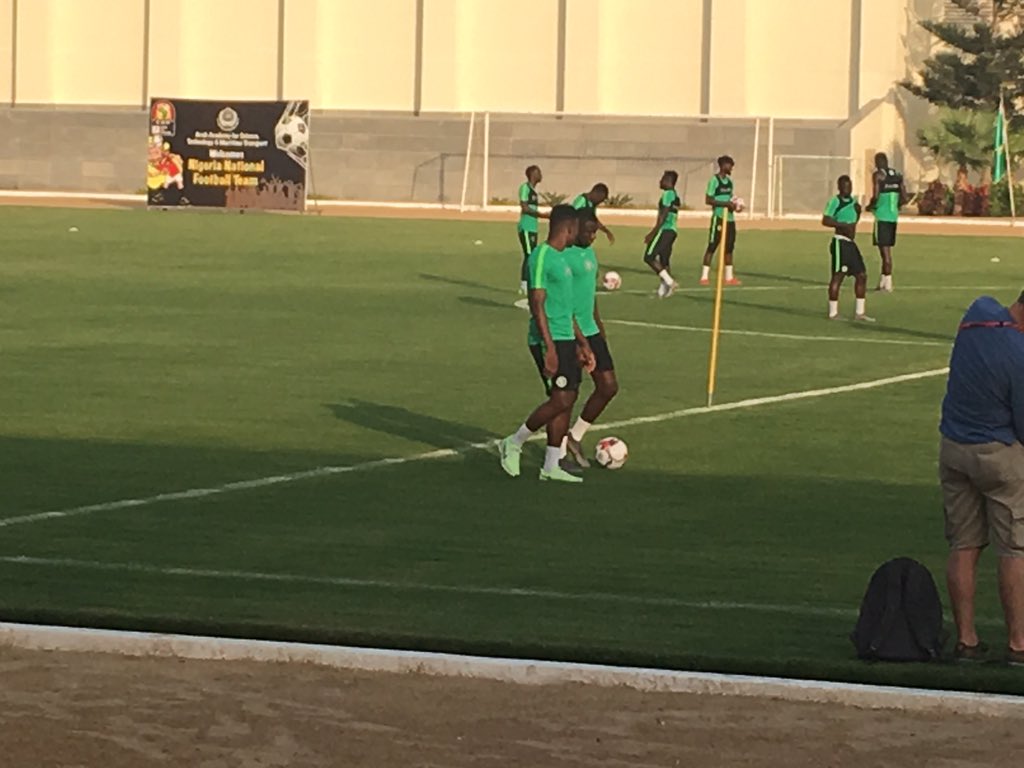 Antananarivo and has urged his team to double effort Eagles, while admitting that the encounter will not be cheap.

Madagascar fans who celebrated hard over the victory against Burundi have been looking at their chances of moving to the next stage.

Some are praying for Guinea and Burundi to play out a draw. They reason that it will take Guinea a victory over Burundi with at least two goals to overtake Madagascar, while the Barea need only to hold Eagles to a draw to forge ahead.