Super Eagles’ Technical Adviser Gernot Rohr has refused to make public what he discussed with Eagles Captain John Mikel Obi on his planned return to the team.

The former Chelsea star made terse statement on his Instagram cleverly stating his readiness to rejoin the national team of Nigeria. 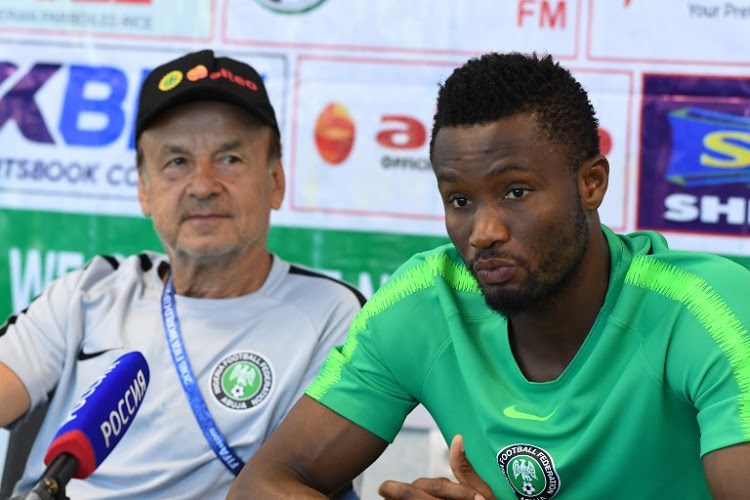 But when asked the Eagles Coach refused to divulge what he discussed with Mikel.

“I cannot speak about our conversations for the moment. I hope that he will play soon in his club”, Rohr disclosed to SportingLife.ng from France.

A competent source very close to the team however revealed to Sportinglife.ng that Rohr has made it clear to Mikel that he must first find another club to play. Then he must start playing regularly and be very fit for matches before he could start any match for the Eagles as the Captain.

“Rohr has already told Mikel to look for a club and start playing before thinking of returning and playing for the Eagles. The Coach has also volunteer to help him in his search for a new club”, the decent source disclosed.

This was similar to what he told intending returnee Victor Moses if he chooses to rescind his self exile decision of quitting the Super Eagles.