Day two of the World cup and the Pharaohs of Egypt have flagged off their campaign in Russia. 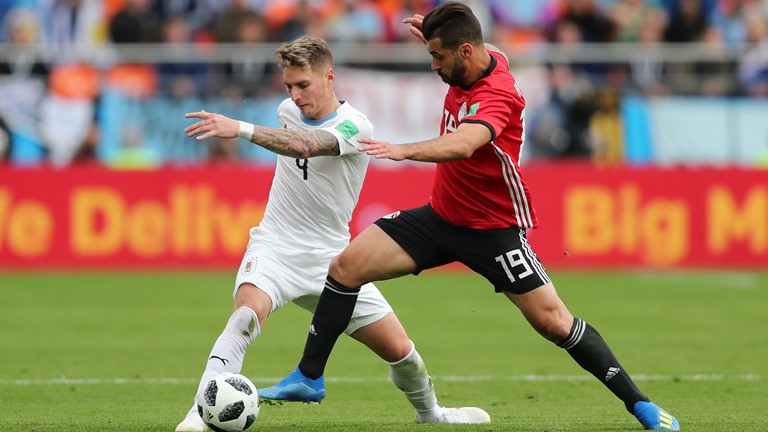 So far the Egyptians have held their own without super star and Liverpool talisman Mohammed Salah. Although on the bench with likelihood coming into the game perhaps later in the day, his teammates on the pitch have so far given a good account of themselves.  Some had predicted that Uruguay and winners of the first world cup will be having a semi team party but so far they have had a good challenged coming from the pharaohs. But the game is progressing and anything can still happen! Weill it is the end of first half and the Egyptians have really impressed

Well we have seen 50 minutes gone in the match and Egypt has suffered a setback with the removal of Tarra Hammed due to injury.  He has been replaced by Sam Morsey.  Hammed was very effective in the first half and it is becoming increasingly certain the Salah will not play a part in this game.  Can the Egyptians maintain the tempo to the end?

The ice finally has been broken with Uruguay getting the much awaited goal thanks to Gimanez in the 89th minute.