Antonio scored on the opening day at Newcastle to move level with Paolo Di Canio in the pecking order but had to wait until late in the second half here against Leicester City before bagging the first of two well earned goals which came after a dose of Scottish charm from Moyes at the break.

In typical style the 31-year-old celebrated his historic moment by lifting a cardboard cutout of himself above his head on the touchline.

Moyes has challenged his talisman to hit new heights in front of goal this season and three from two games is a dream start. 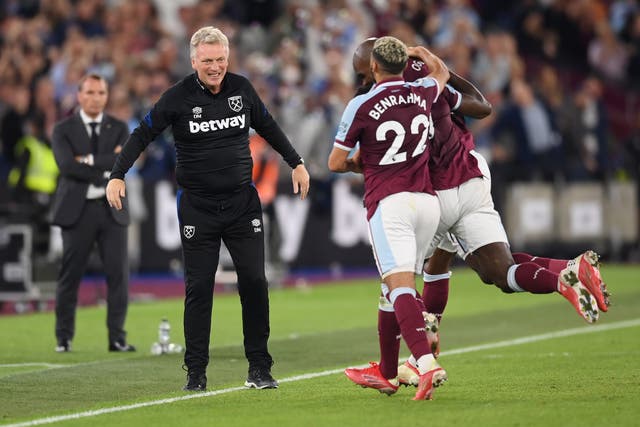 “His goals are typical Mick,” said Moyes. “He can score so many. The one where the keeper saved from his header was a great chance. I just didn’t think that he made the right choices in the first half but I thought the second half he was class, his link up play and his positioning. The way he setup Said for his goal was terrific.

“Mick’s big thing is that he has got to a stage of his career that he has realised being in top condition makes a big difference.”