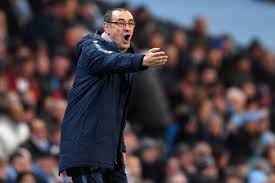 Sky Sports News understands that Chelsea will allow Sarri to leave the club this week to return to Italy to become the new Juventus manager.

Fabregas left Stamford Bridge in January to join Monaco on a free transfer, helping them avoid relegation from Ligue 1.

Fabregas said of his former manager: “He is very superstitious, he is very stubborn in this way.

“He is a manager with his own ideas and he doesn’t move from them much.

“But he did it the way he likes it. He has his own vision of football and, in the end, he is where he is with it and you have to respect that.”

Rose: Sharing dressing room with Liverpool players has been draining