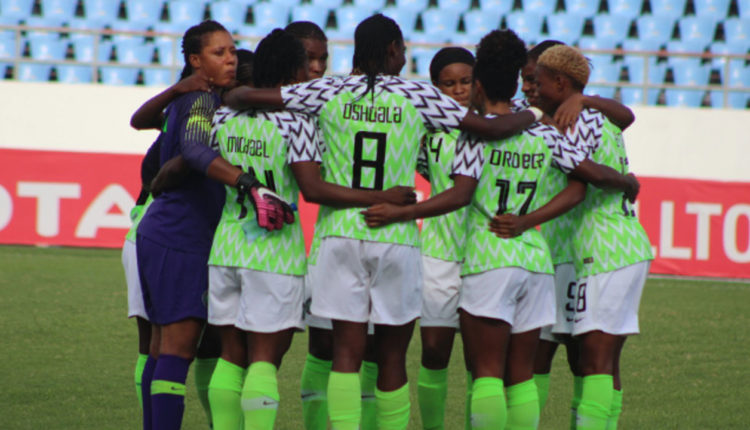 Nigeria on Tuesday emerged the first African country to qualify for the 2019 Women’s World Cup to be hosted in France.

The Super Falcons of Nigeria recorded the feat after  progressing to their ninth Women’s Africa Cup of Nations final.

The Coach Thomas Dennerby’s ladies reached the final after beating Cameroon 4-2 on penalties on Tuesday.

Both sides had played goalless draw in both regulation  and extra time at the Accra Sports Stadium on Tuesday evening.

The Falcons were forced to play their first ever extra time in the competition since its inception in 1998.

Gaëlle Enganamouit and Genevieve Ngo lost their penalties for the lionesses with Onome Ebi, Rashidat Ajibade, Asisat Oshoala and Ngozi Ebere all converting theirs .

They will battle the winner of Mali and South Africa on Saturday in the final of the championship as they hope to win their ninth title.

Falcons are also the defending champion of the title which they have won eight times.

The Super Falcons are now among the only seven teams to have qualified for every FIFA Women’s World Cup since its inception. The others are USA, Brazil, Sweden, Norway, Japan and Germany.

See the Match Stat Below 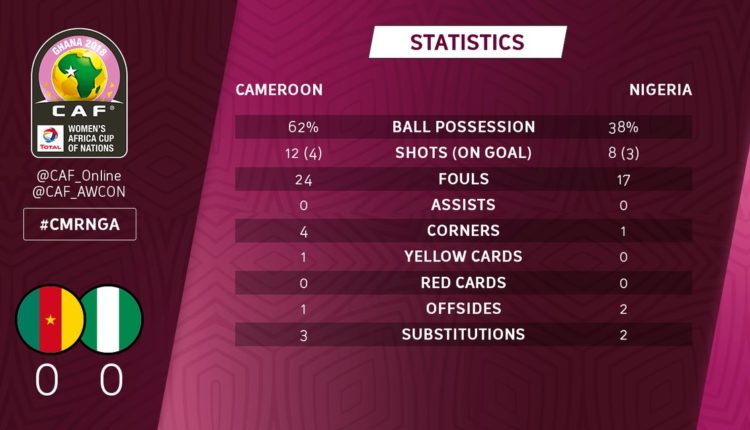 Rohr: It will be difficult to monitor 28 teams in the NPFL