Some soccer fans in the country have given League Management Company (LMC) a pat on the back for dishing out punishments following the show of Shame involving Premier league side Kano pillars and team Captain Rabiu Ali.

In addition three points were deducted from the points already gathered by the team in the ongoing Super Six play-offs.

Hell was let loose in the match 4 fixture between Pillars and Enugu Rangers when referee awarded a penalty to Rangers which Godwin Aguda did not hesitate to convert to level score at 1-1 following a rough tackle from Pillars player.

Rabiu Ali who apparently could not stomach the decision charged at the referee immediately after the final whistle, a move which triggered off reactions from already agitated pillars fans.

The resultant effect was invasion of the pitch by fans carrying all manner of dangerous weapons as efforts were made by security men to smuggle the referee to safety. 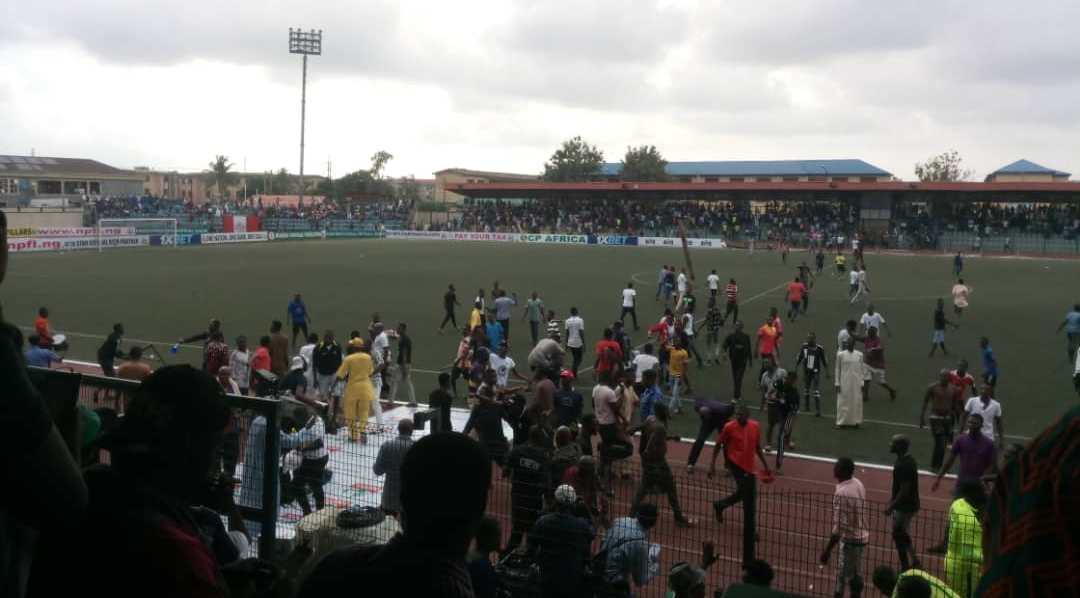 Fans who reacted in a chat with Sportinglife and on social media Wednesday, condemned the invasion and hailed the league body for the punishment which they hope will serve as deterrent to others.

They cited players’ indiscipline as one of the reasons why Nigerian clubs are unable to do well on the continent.

“The punishment was timely and inevitable.  There is no way we can continue like this and still preach for people to reckon with our league,” they said

The LMC in a statement dished out on Wednesday, confirmed that Rabiu Ali who incidentally has made over 18 appearances for the Super Eagles, was charged for accosting the referee and in so doing incited others to commit acts of violence and misconduct in breach of Rule C1.3