Tributes have continued to pour in following the death of former Super Falcons midfielder Ajuma Otache. News of the passing away of the Olympian and former Pelicans stars ace took many by surprise on Saturday. Otache who died at the age of 33 was described by some of her fans on social media as a player that took her job on the pitch very seriously even as the prayed God to grant her eternal rest while praying God to grant her family the fortitude to bear the loss.

Some however charged the Nigeria football federation (NFF) to resist the temptation to stop at merely conveying condolence message to the family but ensure that they do something that will cushion the pain on the family of the deceased.

Just hope it doesn’t end with this condolence tweet. That @thenff does have programs for alleviating the consequence of the loss on deceased’s dependant was the response of @TexTheLaw, one of the numerous fans who dished out tributes following the incident. 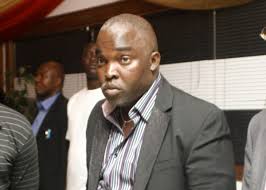 One of Nigeria’s most successful women internationals, midfielder Ajuma Ameh-Otache, has died at the age of 33.

Ajuma Otache, who played for Nigeria at the 2004 Olympic Games in Athens, also won the African Women’s Cup of Nations that same year.

She is survived by her husband Peter Otache and three children.