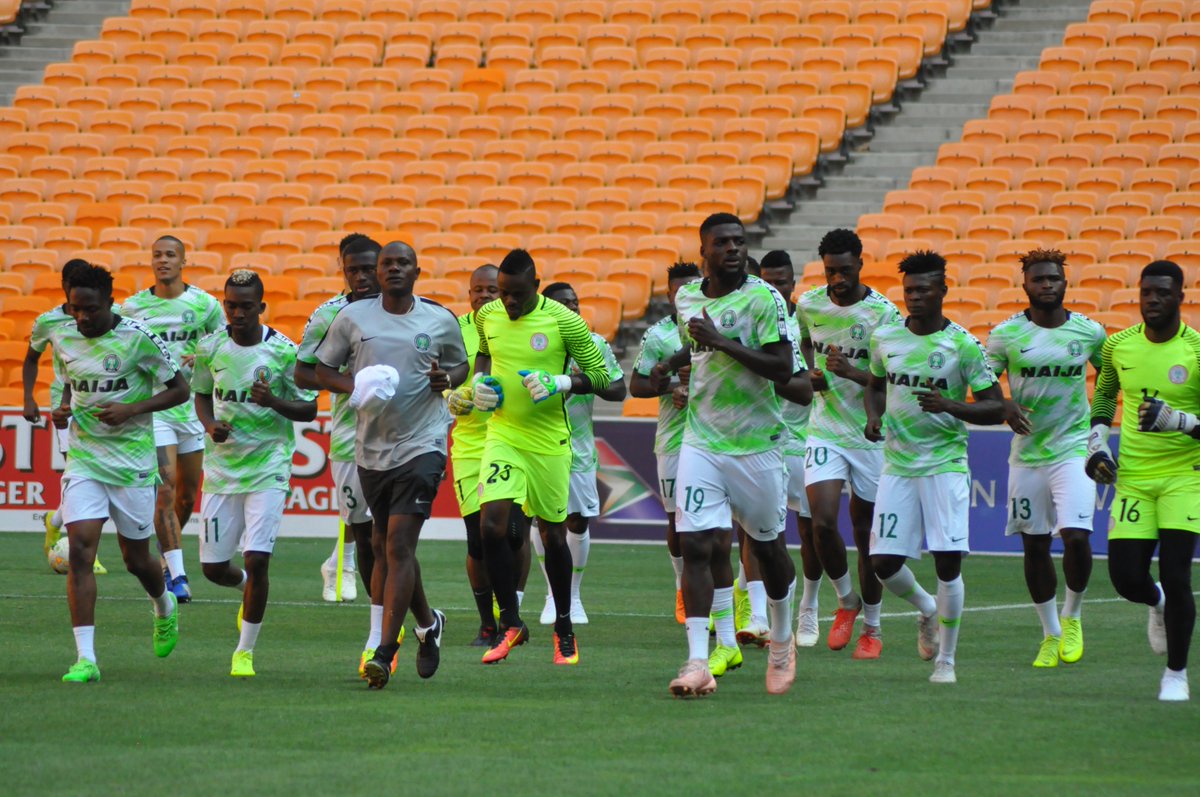 Super Eagles were not overwhelming when edging out Burundi in their Africa Cup of Nations opener but Nigerians are hopeful the national team will improve for that victory when taking on Guinea on Wednesday.

The football fans want Eagles to score goals as they anticipate nothing less than victory in a match that will kick off Wednesday afternoon at the Alexandria Stadium by 3; 30pm.

The Syli nationale could only earn a share of the spoils versus Madagascar first up and looked nervous at times during their 2-2 stalemate.

Nigeria arrived in Egypt as third favourites to go all the way on the back of an encouraging effort at the World Cup and a smooth qualifying campaign.

They were almost caught cold by AFCON debutants Burundi, who were the better side in the first half, with Frederic Nsabiyumva hitting the crossbar.

However, ex-Watford striker Odion Ighalo scored within five minutes of coming on as a second-half substitute to help set up a 1-0 success for the Super Eagles.

He latched onto former Chelsea academy graduate Ola Aina’s clever, defence-splitting backheel to bend a shot around goalkeeper Jonathan Nahimana and inside the far post.

Nigeria, making their first appearance since winning the trophy in 2013, having missed the last two editions, will need to improve on that showing.

The Coach Gernor Rohr led the three-time champions started with Leicester’s Wilfred Ndidi, Alex Iwobi of Arsenal, former Chelsea star John Obi Mikel and Villarreal’s Samuel Chukwueze in midfield, though, and that gives them a great platform to control play.

“If Ighalo and Ahmed Musa can inject some creative flair up front, this remains a strong outfit’, said an analyst on online.

A Nigerian and football enthusiast @Eniolageorge captured the minds of the football nation with “2-0”prediction online on Monday.