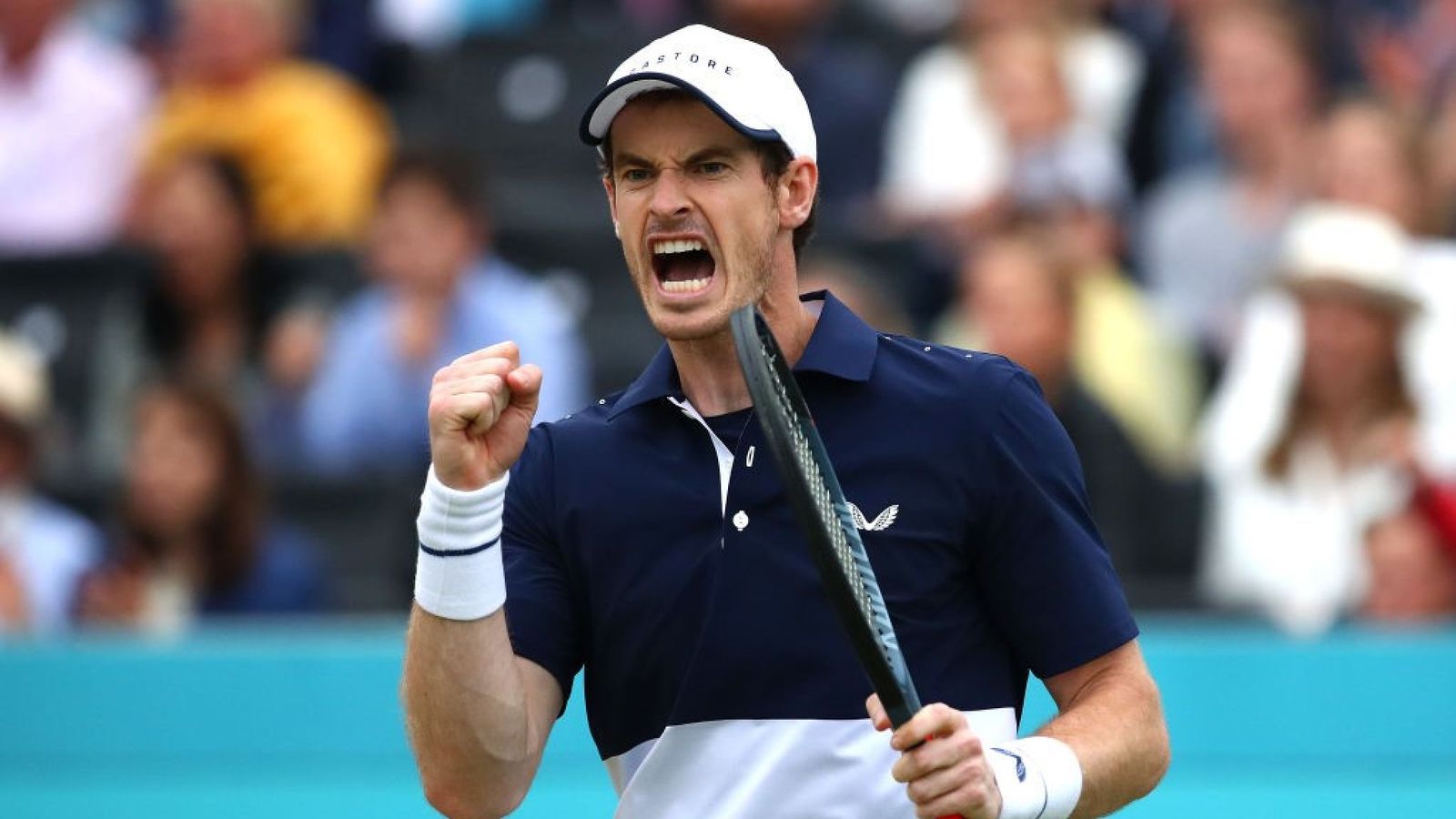 The 32-year-old British favourite, five times a singles champion at the prestigious grasscourt event, looked overjoyed as he and Spaniard Lopez claimed a 7-6(6) 5-7 10-5 win.

They beat the pair of Briton Joe Salisbury and American Rajeev Ram.

For Lopez it completed an unlikely double after the 37-year-old wildcard had earlier taken the singles title for the second time, outlasting Frenchman Gilles Simon in nearly three hours.

The Spaniard belted a forehand winner to give the duo match points and when Salisbury mistimed a forehand wide off a Murray serve, the Briton jumped for joy.

It was done in a bid to salvage a career that appeared to be over when he lost an emotional first round match at this year’s Australian Open.

The former world number one has reported being “pain-free” as he takes his first steps back on Tour in doubles before hopefully resuming his singles career later this year.

He has been moving freely alongside Lopez this week.

Murray was clearly fired up on Sunday as he won his first doubles title since 2011 when he partnered brother Jamie in Tokyo. (Reuters/NAN)