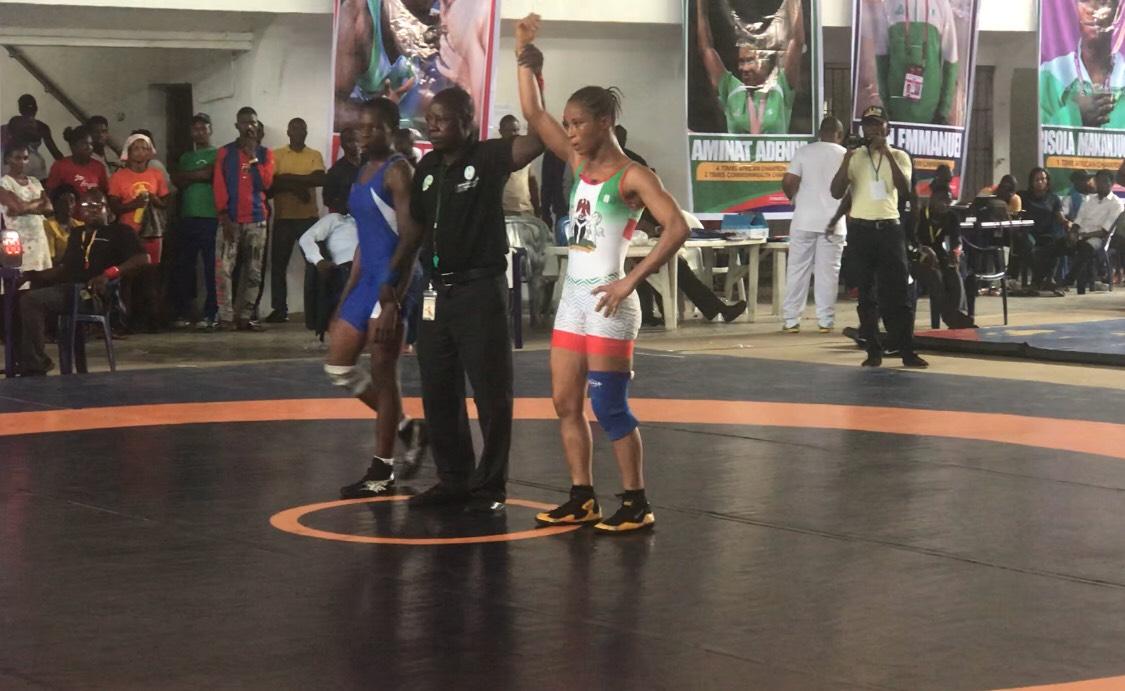 Sportinglife.ng reports that Samuel showed no mercy as she defeated Joseph by 10-0 for her third national title. Kehinde Nureni of Lagos State however won the bronze medal in that category.

In a chat with Sportinglife.ng after the fight, the African champion said her aim now is to win gold at Africa Games on her debut in Morocco.

“I really thank God for making me to achieve this success. This is my third national title and it did not come on a platter of gold. Even though I won by 10-0, it was not a easy match I must confess. As you can see that my opponent gave a good account of herself throughout the match.

“We have the All Africa Games and the World Championship ahead of us but I have to take it as it comes. So my next target is to win All Africa Games in Morocco,” Samuel told Sportinglife.ng.

In the other finals decided on Thursday, Nnalue Dominic of Delta State won gold in the 55kg Greco-Roman, while Akiniwesi Boluwaji of Ondo State settles for silver and Sunday Amuji of Edo won the bronze medal.
In the 87kg Greco-Roman, Udey Tobechukwu of Nigeria Army won gold, Samuel Nathaniel of Bayelsa won silver and Mathias Okuma of Edo won the bronze medal.