The Nigeria Under 20 National Men Handball team will begin camping today in Abuja for the Continental phase of the International Handball Federation (IHF) Trophy in Abuja.

The team would be camped at the Goal Project at the National Stadium, Abuja under the watch of Coaches Fidelis Obi and Agboola Shittu. The Nigerian team qualified for the continental showpiece after coming top at the Zone Three qualifiers in Niamey, Niger Republic, which took place from April 8 to 15. 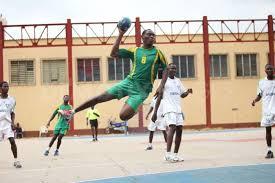 The Secretary General of HFN, Haruna Ilerika Mohammed stated that the cadet team would join the under 20 on arrival from Algeria, where they are currently taking part in the African Youth Games (AYG).

He also said that the team would likely train twice a day with the final list expected to compose the best player who can do Nigeria proud at the continental level. “We want to ensure that we prepare the team well for the championship. We also hope to qualify for world event that will come up later this year.

“We have the backing of the HFN president, Sam Ocheho who is doing everything possible to see that Nigerians team are well-prepared and do well at international championship. The coaches of the under 20 team also know the enormity of the task ahead,” Mohammed added.

The African leg will come up in Kigali, Rwanda from August 7 to 13

Meanwhile, the senior Female Team are presently in Lagos for two weeks National Camping that will end by 4th August while the Cadet Girls will resume for the Zone 2 and 3 championship in Abidjan by late August.

Members of the senior female team will use the medium to familiarize themselves with the National Female Coach from France, Rafiu Sulu Salami, a former national player coaching in France.

The programme is also taking place simultaneously with a coaching clinic in which Salami is the resource person having arrived in the country July 18.