Anthony Joshua has defended his measured and tactful display against Andy Ruiz Jr, which saw him become a two-time heavyweight world champion. 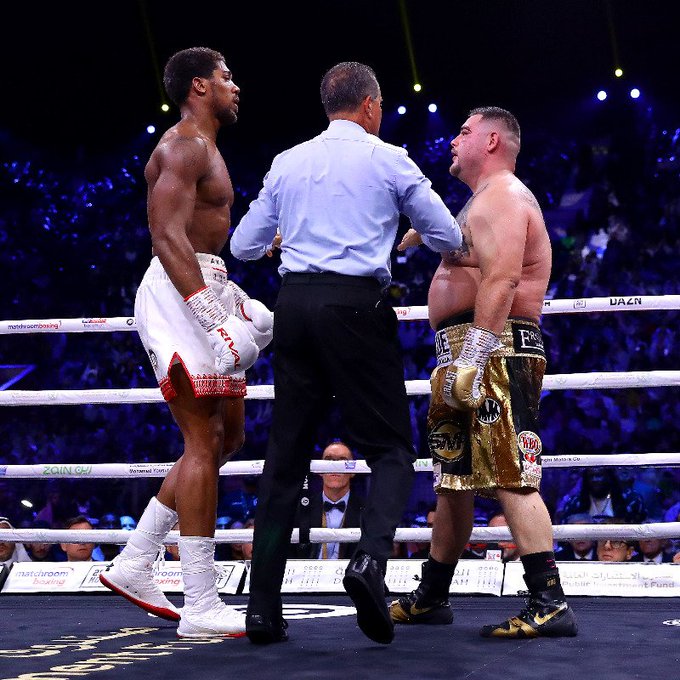 Joshua outfoxed and out-boxed Ruiz Jr in Saudi Arabia last weekend to claim a unanimous points win and revenge for his shock defeat six months ago.

As a spectacle, it was not one for the casual boxing fan, and although Joshua mostly received praise for executing his game plan from those inside the sport, there were some who criticised the Brit.

WBC champion Deontay Wilder was unimpressed by Joshua’s performance and blasted his ‘jab-and-grab’ technique in the hours after his victory.

Wilder told The Athletic: “Joshua did what he had to do to get the win. He ran around the ring and was on his bike all day.

“You want to dominate guys, man. I’m not coming in, after losing to this guy, to just dance and grab and jab and hold. I’m going to show the world and convince them I am the very best and that no one is close to me.”

AJ hit back at his rival’s comments, insisting that he deserves credit for showing the discipline to box smart and prise back the heavyweight world titles.

“That’s Wilder’s opinion,” Joshua said. “A lot of people don’t have a good bone in their body to say a positive thing anyway. I out-boxed the heavyweight champion of the world for 12 rounds. I don’t think I lost a round. Maybe one

“I come in there with a great game plan, I’m successful. Isn’t that good enough?

“You can’t box to keep everyone happy; you have to box for the win. And I feel like when I’m at home celebrating, he’s there talking about negativity. Negative energy breeds failure so I’m just going to keep a positive mind-set and build on that victory.”