Nigeria’s Super Eagles and Tunisia’s Carthage Eagles played out a 1-1 draw on Tuesday night in an international friendly at the Jacques Lemans Arena in An Der Glan, Austria .

The North African had a penalty appeal turned down in the early stages of the game while Samuel Chukwueze came up with Nigeria’s first attempt at goal with a rasping shot in the fifth minute.

Mohamed Drager equalizes on the brink of halftime. #NGATUNpic.twitter.com/Sa1ATUNXn1

Leicester City forward Kelechi Iheanacho netted the opener for Nigeria  in the 21st minute when he turned his markers and finished with aplomb which was his ninth international goal. 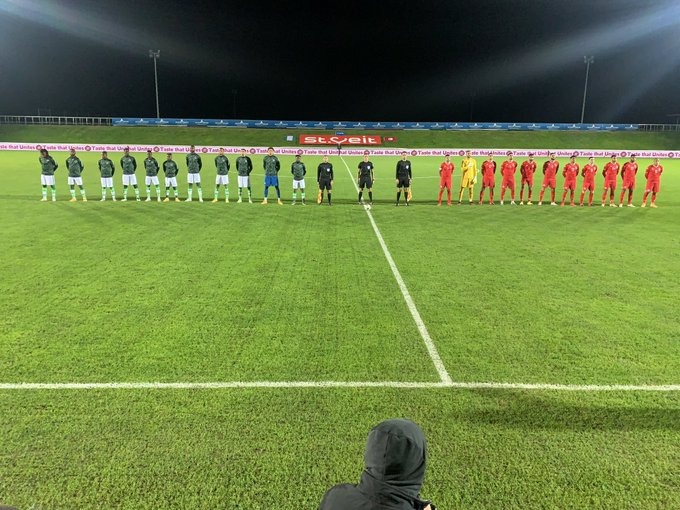 However, the Foxes forward failed to double his strike when he missed a penalty kick moments after Ahmed Musa was fouled in the box, with Alex Iwobi creating the chance with a deft chip over the Carthage Eagles defence line.

The Tunisians equalised through Dragier Mohamed in the 44th minute who found the top half of the Nigerians’ post from a Rafia Hamza assist who got past a lethargic Kenneth Omeruo.

Nigeria kept a defensive high line in the second half which handed the Tunisians more of the chances from counter attacking situations.

Nigeria’s shot-stopper Maduka Okoye produced his best moment of the night two minutes from regulation time,   clawing over the bar a tricky lob from Tunisia’s Ben Slimane Anis,  to see honours even at the blast of the final whistle.

Ikpeba: Women’s football in Nigeria should move to next level