Macedonia First Football League side KK Shkupi will be hoping that the signing of CHAN Super Eagles defensive midfielder Abdulkadir Zango will beef up the squad ahead of the 2018–19 season due for kick off August 12. 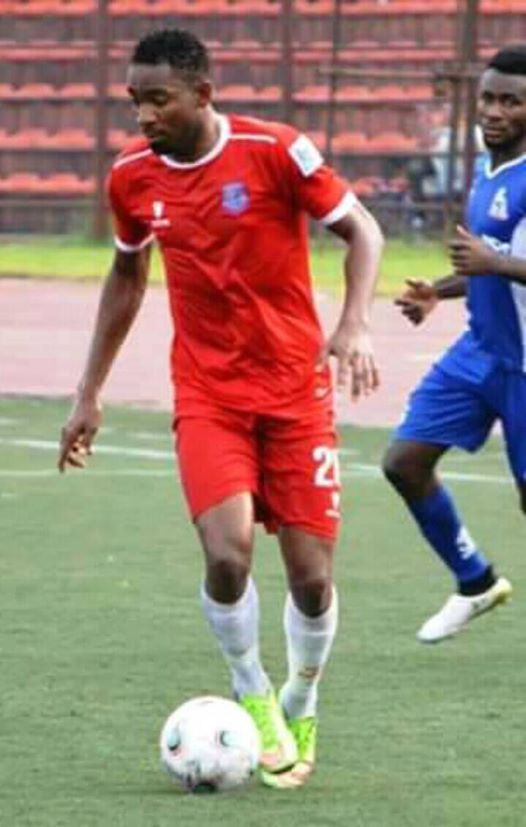 Zango who joined the side from Nigeria Premier league side, Niger Tornadoes will no doubt be expected to ginger the side who finished 4th in the 10 team league last season missing an opportunity to play in the Champions league but earning an Europa slot. Shkupi garnered 51 points in 36 matches last season.

The  2018–19 Macedonian First League will be the 27th season of the Macedonian First Football League, the highest football league of Macedonia. It will begin on 12 August 2018 and is scheduled to be end in May 2019. Each team will play the other side four times on home-away basis, for a total of 36 matches. Shkëndija are the defending champions, having won their second title in 2017–18.

Zango when action begins will be playing in Čair Stadium home ground of KK Shkupi, which has a capacity of 6000 with 2,800 seats. Zango will however not be operating alone when he begins his sojourn in Macedonia as he might in the course of the season face compatriot Chinedu Charles who plays for Rabotnički, and who was one of the top scorers last season with 11 goals to his name.

Tornadoes Chairman Mallam Abubakar Mustapha Gawu is optimistic that Zango will make a mark in his new club.

“I personally wish him well in his football career and he should be a good ambassador of the club, state and the Federal Republic of Nigeria, “he said

KK Shkupi coach Zekirija Ramadani who joined the side March this year, is making a second return to the side having been at the helm from July to December 2015.