Jurgen Klopp said on Friday he had to find a short-term solution to deal with the absence of Mohamed Salah and Sadio Mane after Liverpool laboured to a goalless League Cup draw against 10-man Arsenal.

Thursday’s 0-0 stalemate in the first leg of the semifinal was the first match in which the Reds have failed to score at home since April, even though they had a man advantage for more than an hour.

The toothless performance underlined how much Liverpool missed Salah and Mane, both of whom are at the Africa Cup of Nations – they have provided 24 goals and 10 assists in 20 Premier League matches this season.

There is a possibility Salah could be back next week if Egypt, who lost their opening game and sit bottom of their group, fail to make it through to the knockout stages.

Mane’s stay with Senegal looks like being longer but Klopp needs to come up with a way to compensate while they are gone.

“The only way to avoid these kind of questions is by scoring,” Liverpool manager Klopp said ahead of Sunday’s Premier League match at home to Brentford.

“Do we miss them? Yes. But we have had struggles even with Sadio and Mo against 10 men. It’s about how can we do better with the team.

“It is not about who is not in, it is about how we can do better with the team who played last night.” 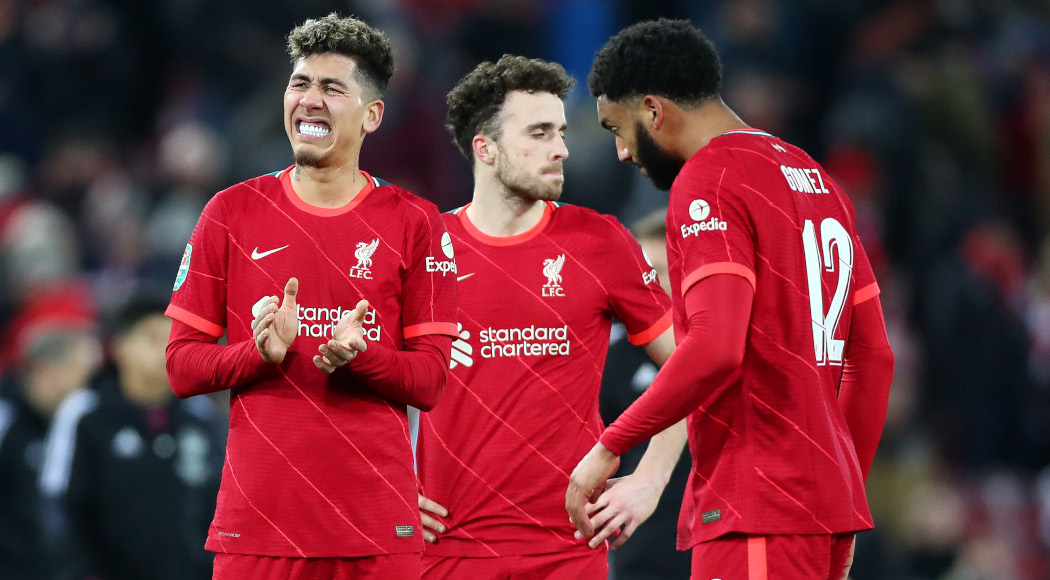 The absence of Salah and Mane robs third-placed Liverpool of pace up front but Klopp said they needed to play smarter, not faster.

“A lot of top counter-pressing moments and winning the ball back are not about this final pace that they usually bring, this is needed in different situations,” added the German.

“We have to play against deep formations in between the lines and quick thinking is more important than quick running.

“Yes, Mo and Sadio can think quick as well but they are not here.”