La Liga : No fans return for start of new season

The Spanish government does not believe fans will be able to return for the start of the new La Liga season.

The 2020-21 Spanish football season schedule was confirmed this week, with the league campaign getting underway on 12-13 September this year.

As per Cadena Ser’s El Larguero show, the situation will continually be monitored but there is not currently optimistic that fans will be able to return to matches by the early stages of the competition.

There had been expectations that supporters would be allowed to return to grounds from the start of the 2020-21 campaign with hopes that the Covid-19 pandemic would have eased by that stage. 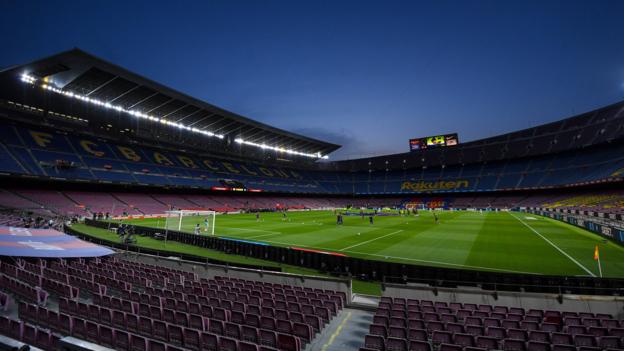 However, local infection rates across Spain remain high and whilst the number of deaths and patients in intensive care are not close to the suffering at the peak of the initial outbreak, there is pessimism that there will be a return to normality this calendar year.

Spanish football in June in order to complete the 2019-20 campaign and whilst the return of football was successful, fans have not been allowed to return to stadiums.