La Liga and the Spanish FA are on the war path over the loss of Friday and Monday night football in the division, report Cadena Cope.

The report claims that not only will the league refuse to negotiate with the Federation regarding the long-running dispute, but they will sue them for any loss of revenue from the time slots not being utilised.

There has been a long-running dispute between the two bodies, with the league a strong advocate of using the time slots of Friday and Monday evenings for matches with Spanish football’s governing body opposed.

La Liga began to utilise the time slots for the opening weeks of the 2020/21 La Liga season but the Spanish FA then blocked them, leading to rearranging the opening weekend of the campaign.

Last season, Spanish FA president Luis Rubiales was successful in a campaign to make the matchday free of football – a decision popular with fans, who felt the time slot was unsociable for family and work purposes.

However, La Liga chief Javier Tebas continued to support the idea of playing Monday and Friday night matches as he believed that a variety of time slots makes the league more attractive to broadcasters and therefore increased streams of revenue for clubs. 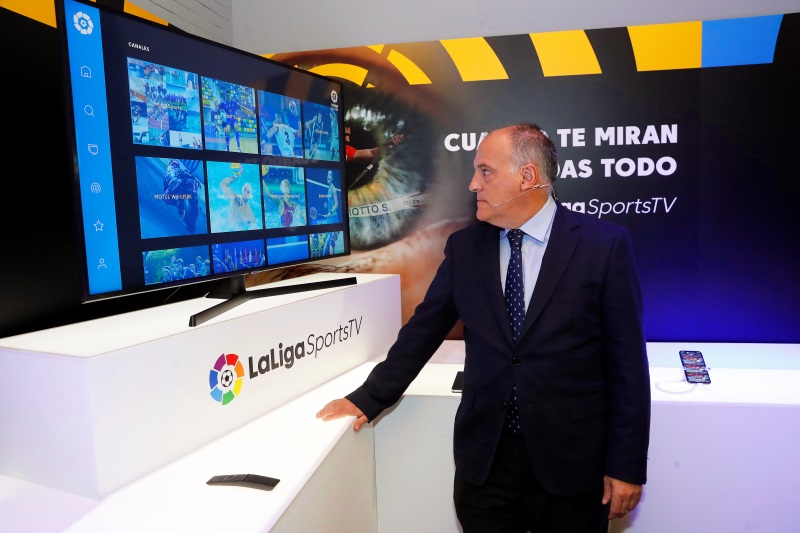 The two institutions have remained deeply divided on a number of issues including scheduling with both laying claim to holding power in its decision-making.

La Liga was allowed to use the time slots for the closing weeks of the 2019/20 campaign due to the absence of fans and desire to get the schedule completed as swiftly as possible, but that has left a power void and new collision going into this campaign.

Kulusevski: ‘Cristiano is fantastic and Zlatan was my idol’

Tottenham will have ‘best attack in Premier…