Alex Lacazette has been crowned Arsenal’s Player of the Season after securing 35 per cent of all cast votes. 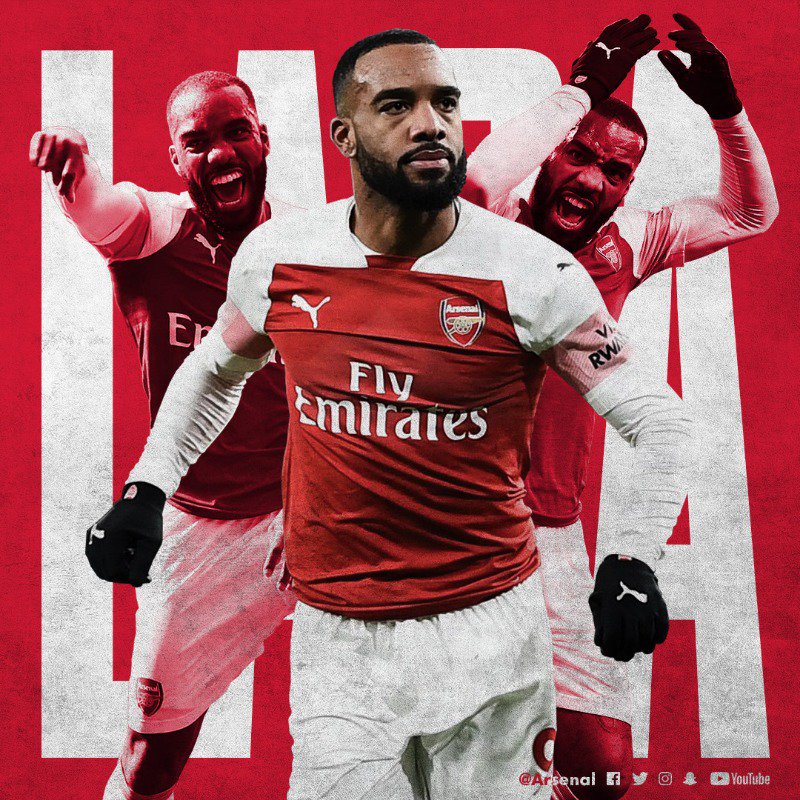 The Frenchman has featured 46 times this season and been involved in 30 goals, scoring 18 and assisting his teammates on 12 occasions.

Highlights include big goals against Liverpool, Sp*rs, Chelsea, Napoli and last night’s brace against Valencia and a couple of noteworthy assists against Manchester United.

After a solid first season at the Emirates, the 27-year-old has become something of a favourite on the terraces this campaign. He may not be the club’s top scorer this season – striker partner Pierre-Emerick Aubameyang continues to lead the way – but his work rate has really set him apart.

New boys Lucas Torreira and Bernd Leno have also impressed at times this season and Aaron Ramsey and Laurent Koscielny have also caught the eye when they’ve played, but Lacazette does seem to be a worthy winner.

Having had a lengthy injury last season and then having had to deal with the disappointment of missing out on France’s World Cup winning squad, what he’s done this season has been very impressive.

Hearn To Wilder: Take Control of Your Own Career and fight Joshua