Leicester will step up their efforts to tie Youri Tielemans to a new deal when the player returns from holiday later this month.

The Belgium midfielder scored the only goal in the FA Cup final against Chelsea in May and produced a series of outstanding displays last term that caught the eye of Europe’s leading clubs.

As reported by Daily Mail on May 17, one of the Foxes’ top priorities this summer has been to secure the future of Tielemans, who has only two years left on his contract.

A fresh contract would move Tielemans closer to top earners Jamie Vardy and Kasper Schmeichel, who each collect more than £100,000 a week.

Reports during the European Championship suggested Tielemans was keen to play Champions League football, with Liverpool thought to be interested. 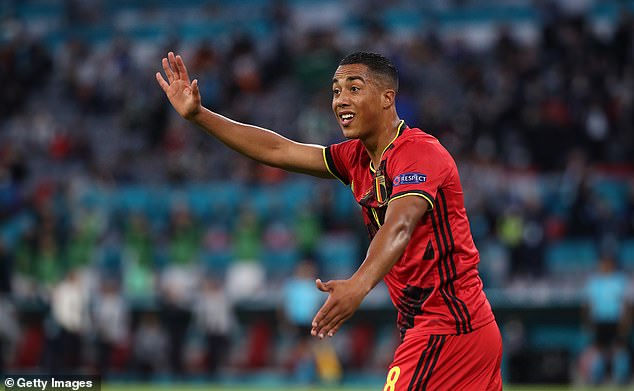 But Leicester are under no pressure to sell the 24-year-old, and have received sizeable fees for their best players in recent seasons.

Meanwhile, Foxes boss Brendan Rodgers is searching for a winger after the club declined to sign Cengiz Under following his poor loan spell from Roma.

Tokyo Olympics: Most of Australian athletics team out of isolation

Skateboarder protest over ‘lack of fresh air’ in Tokyo…

Tokyo Olympics: Most of Australian athletics team out of…