A Manchester City fan, Ian Baldry has been banned for five years after racially abusing, his ‘favourite player’ Raheem Sterling after he scored against Bournemouth last December. 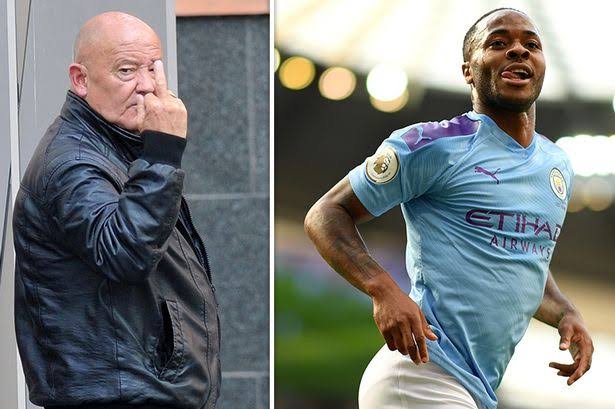 The 58-year-old who hails from Bradford, West Yorkshire admitted using racist language and was further handed 200 hours of community service, the Sun reports.

He was arrested and charged with racially aggravated disorder after other football fans reported his comments to police.

Baldry pleaded guilty at his hearing last year and claimed that Sterling was his ‘favourite player’, according to the Sun.

Defending, Tahir Ayub, said: ‘He realised the error of his words almost immediately after they were said.

‘He is one of Mr Baldry’s favourite players, he says he would give him a hug and kiss him for scoring that goal.’

On his Twitter account, Baldry writes he is a ‘Massive MCFC fan married with a beautiful daughter watch city home n away for years just love away days with the blue army that’s y were champions.’

Last September Raheem Sterling suffered racial abuse from a Bulgaria fan during the first half of England’s Euro 2020 qualifying victory at Wembley on Saturday.