Messi excited as he trains under Koeman for first time (photos)

Lionel Messi was all smiles as he joined the rest of his Barcelona teammates for training on Wednesday, which was the first time the Argentine had worked under the orders of new coach Ronald Koeman.

The Barcelona captain, who passed a PCR test before training alone on Monday and Tuesday, was joined by Philippe Coutinho, Sergio Busquets, Frenkie de Jong and Ansu Fati for Wednesday’s session in the rain. 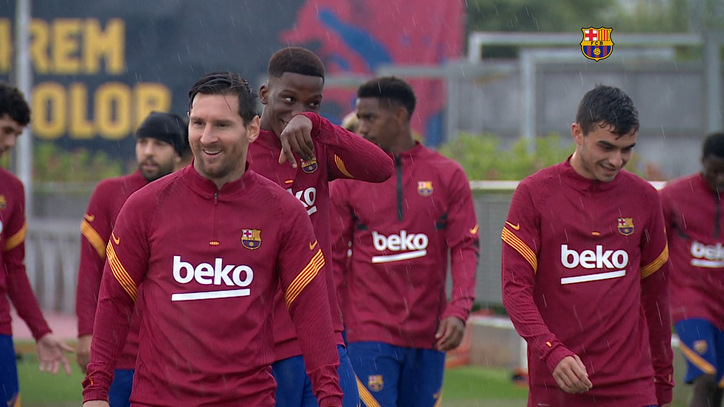 The rest of the internationals, including Antoine Griezmann, Clement Lenglet, Nelson Semedo, Francisco Trincao and Martin Braithwaite, have yet to return to training.

Barcelona are working with their sights set on their first pre-season friendly against Nastic de Tarragona on Saturday at 19:00 CEST at the Estadi Johan Cruyff.

Ndidi still on cloud nine after Leicester’s victory over Chelsea

Solskjaer: Man Utd’s Pogba in best shape of his career

Solskjaer: Man Utd’s Pogba in best shape of his career