Mike Tyson: If I don’t have a wife, I’ll kill myself

Mike Tyson is so worried about being loved that his wife thinks he would “kill himself” if a fan didn’t say hi to him in the street. 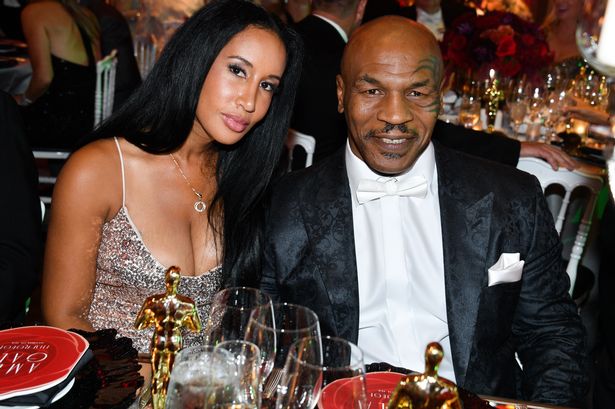 The heavyweight legend has battled depression as well as drug and alcohol addiction during his illustrious career.

Some of the lowest points of his life came after his retirement in 2005 as his debts spiralled.

Tyson, who was crowned the youngest heavyweight champ at the age of 20, has always had an army of fans who have supported him throughout his turbulent career.

But he openly revealed how he struggled to deal with the public’s perception of him.

Speaking to Charlie Mack, Tyson said: “I’m going to tell you something that my wife doesn’t like.

“My wife said ‘if you went out there and no one says hi you might commit suicide’.

Tyson, 53, has previously spoken about how he could have committed suicide without third wife Lakiha Spicer.

Iron Mike admitted he needs to be married and without a wife he’s a “savage animal”.

He told rapper TI on ExpediTIously: “Without my wife, I’m a savage animal… I look at women differently as I get older.

“When I was younger, I viewed them as pleasure. Now that I’m older, I look at them as the half.

“It makes me realise that I’m a man. And at this stage in my life, they’re my teachers.

“If a man doesn’t have a little bit of fear of his wife, he’s not living his life right.”

Tyson went on to say his need to be married is the reason he went down the aisle for the third time.

The boxing legend continued: “That’s why I got married three times… because I can’t live without a wife.

“If I don’t have a wife, I’ll kill myself. That’s real talk.