Super Eagles captain, John Mikel on Friday paid tribute to Cardiff City attacker  Emiliano Sala who was confirmed dead on Thursday.
Other Super Eagles players Dickson Nwakaeme and Chidozie Awaziem who was Sala’s teammate in Nantes joined the football world in paying tribute to the player. 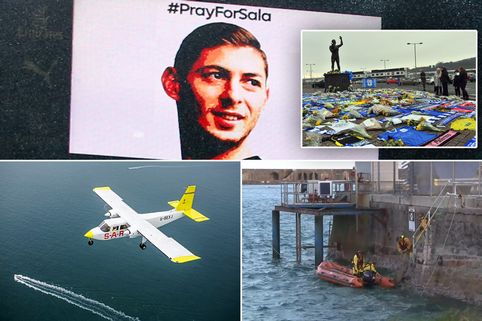 Sala was on his to Cardiff  from France after bidding farewell to former club, Nantes on January 21, when the aircraft flying him crashed into the sea along with pilot David Ibbotson.

“Rest in Peace Emiliano. Lots of strength and courage to your family and loved ones 🙏,” Mikel posted.

“Played against him. He was a beast and good finisher. So gentle but God knows best. I’m sure he’s in a better place,” Nwakaeme wrote on his Instagram Page.

Arsenal midfielder Mesut Ozil said: “No words to describe how sad this is. Thoughts and prayers go out to his family and also to the family of the pilot.”

Cardiff released a statement on their website which read: “We offer our most heartfelt sympathies and condolences to the family of Emiliano. He and David will forever remain in our hearts.

As a mark of respect,  Nantes have retired Sala’s number 9 jersey.