Giannis Antetokounmpo posted a triple-double before fouling out, and the Milwaukee Bucks erased a 16-point deficit to rally past the host Houston Rockets 117-111 on Thursday night. 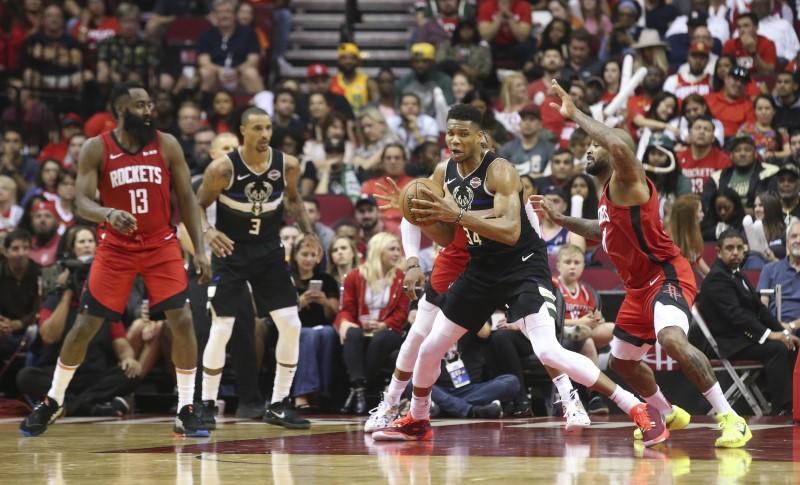 Antetokounmpo finished with 30 points, 13 rebounds, and 11 assists before picking up his sixth foul with 5:18 remaining.

The Bucks led 101-95 at that point, but they did not collapse with the reigning NBA Most Valuable Player watching from the bench. A collective effort carried Milwaukee to victory in the regular-season opener for both teams, as seven Bucks scored in double figures.

Wesley Matthews had 14 points while Ersan Ilyasova, who gave Milwaukee its first lead at 91-90 on a second-chance basket with 8:34 remaining in the contest, added 13 for the Bucks.

One night after Detroit made a surprise first impression with a season-opening win on the road, visiting Atlanta did the same to the Pistons.

Trae Young scored 25 of his game- high 38 points in the first half and added nine assists and seven rebounds to lead the Hawks to a win in their season opener at Detroit. Young went 11 of 21 from the floor, including 6 of 10 from 3-point range.

Derrick Rose came off of the bench to score 27 points in 25 minutes, and Andre Drummond had 21 points and 12 rebounds in defeat for the Pistons.

Los Angeles scored the first 14 points in the regular-season history of Golden State’s new home, the Chase Center in San Francisco, and rode balanced scoring to a front-running romp over the five-time defending Western Conference champions.

Neuer to receive Order of Merit