Le Mans club chief Thierry Gomez has claimed that Newcastle target, Stephane Diarra, will be allowed to leave in January according to the Sunderland Echo. 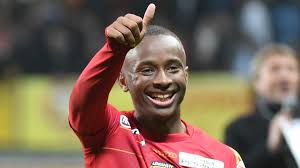 Gomez said: “For now, we haven’t received any offer. Stephane also knows where he comes from.

“If anything were to happen, it would be with our support.

Read Also:Leipzig to Newcastle, Lookman not available for loan

“The subject isn’t relevant now. We’re entering a month that can bring up a lot of hope but also a lot of danger, so let’s stay focused on the next games, including the one against Caen on Friday night.”