NFF to send Eaglets to Qatar on training tour

Nigeria’s soccer authorities have promised to send the Golden Eaglets on a training tour of either Qatar or Jordan ahead of the 2019 FIFA U-17 World Cup.

However, the country’s age grade team must defeat Ghana in Saturday’s final of the zonal U-17 Afcon final in Niger to qualify for the finals of the 2019 Africa U-17 Cup of Nations which comes up early next year in Tanzania. Only four countries will qualify to represent Africa at the World Cup which will be staged in Peru.

NFF President, Amaju Pinnick gave the charge when he visited the team. 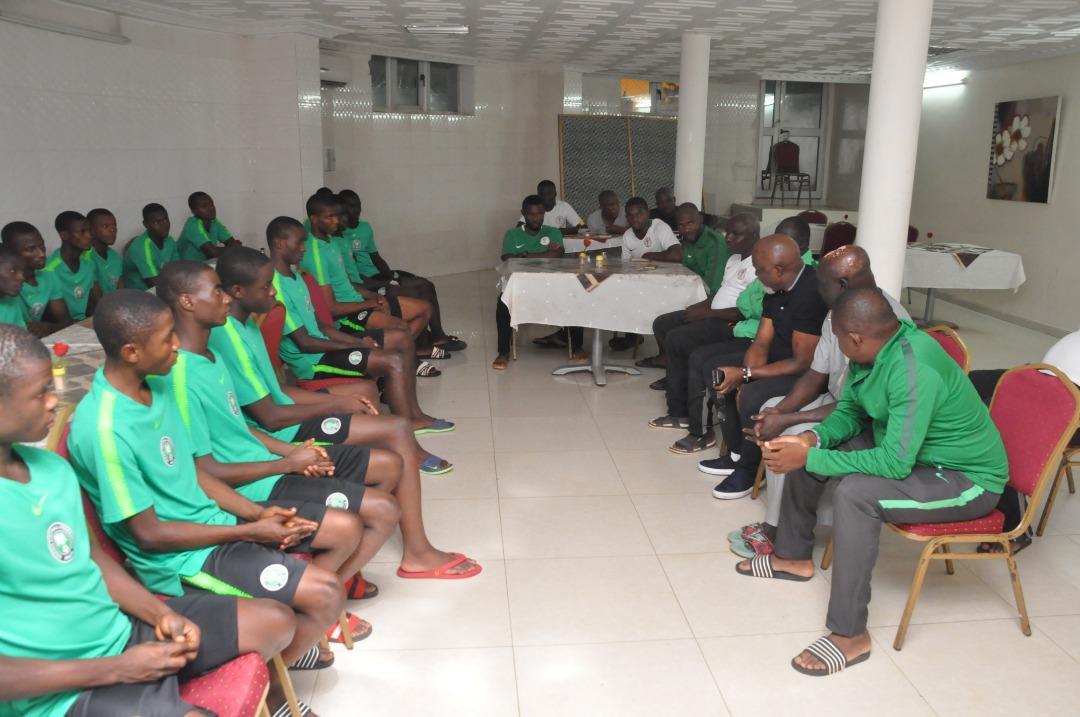 “First, I want to congratulate you on a job well done so far; you have done very well including exhibiting the never-say die spirit that is peculiar to Nigerians. This was visible in the manner you bounced back after the loss to the Burkinabes to dismiss the Ivorians 5-1, and also beat the host nation in the semi finals.

“But I want you to know that the job is not done yet. You must stay focused and listen to your coaches. I believe in their leadership because they are very knowledgeable and experienced and have discovered so many talented players that have excelled in recent years,” Pinnick said.

Pinnick further advised the young lads to avoid distractions from agents, who according to him, will deceive and hurry them into signing for clubs that would not aid their proper development.

Responding on behalf of the team, goalkeeper Joseph Oluwabusola thanked the Nigeria Football Federation for the support so far and promised that they will make Nigeria proud on Saturday by defeating the Black Starlets to qualify for the U17 Africa Cup of Nations in Tanzania.