German Bundesliga faces a dramatic cultural shift if fans are allowed back to stadiums next season, with away fans, standing and alcoholic drinks all set to be curbed.

Elite clubs joined a key German Football League (DFL) meeting on Wednesday (AEST) where a set of strict rules were put in place to ensure uniformity in how the coronavirus crisis is handled. 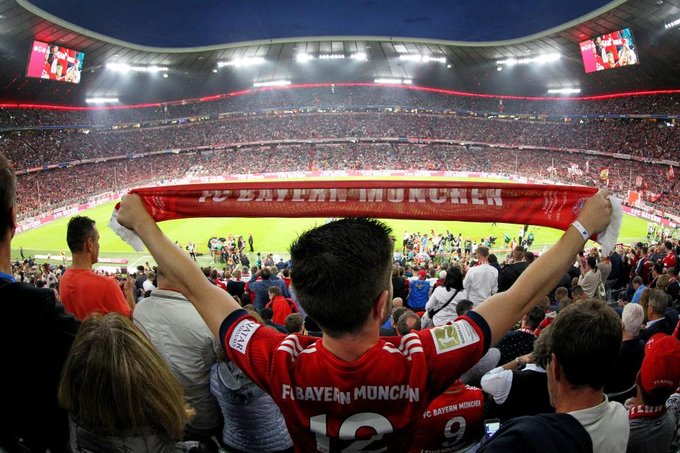 Bundesliga clubs would be ready to welcome back fans if public health authorities consider it a safe step to take, having played out the final weeks of the 2019-20 season behind closed doors.

In a statement, the league said it shared the view of clubs that away fans “make up an important part of German football culture that must be preserved”.

Yet under the circumstances clubs from the Bundesliga and 2. Bundesliga agreed they will not sell tickets to supporters of visiting teams until the end of the year.

The DFL said clubs had also agreed “on a voluntary basis” to forbid standing at games, for the purpose of making it “easier to monitor compliance with distance and hygiene standards in the stadiums”.

That was another reluctant move on the part of the league, which stressed: “Completely unaffected by today’s decisions is the fundamental commitment of the DFL and its clubs to preserve standing room in the sense of football and fan culture in Germany.”

Drinking beer at a game is also popular in Germany, but it will be off the menu until at least October 31, the DFL said. Clubs have agreed not to apply to their local authorities for licences to sell alcohol until that date.

Fixtures for the new season, which begins on September 18, are set to be released on Friday.

Clubs have been told they must show they are ready to play a key role in contact tracing, which will mean tickets are personalised in the new season to show who is watching the game and from what precise area of the stadium.

“The professional clubs have undertaken to ensure in their games that in the event of infection the identity and contact details of possible and eventual affected stadium visitors can be determined,” read a DFL statement.

Germany could have fans back in September for the start of the Bundesliga season! pic.twitter.com/YVirNX77xT

“This is based on the consideration that the local health authorities can only interrupt existing infection chains early and effectively if they can quickly identify and contact the relevant people.

“The precise arrangement of the regulation initially agreed for this calendar year remains the responsibility of the individual clubs, which have to include concrete measures in their location-specific plans.”