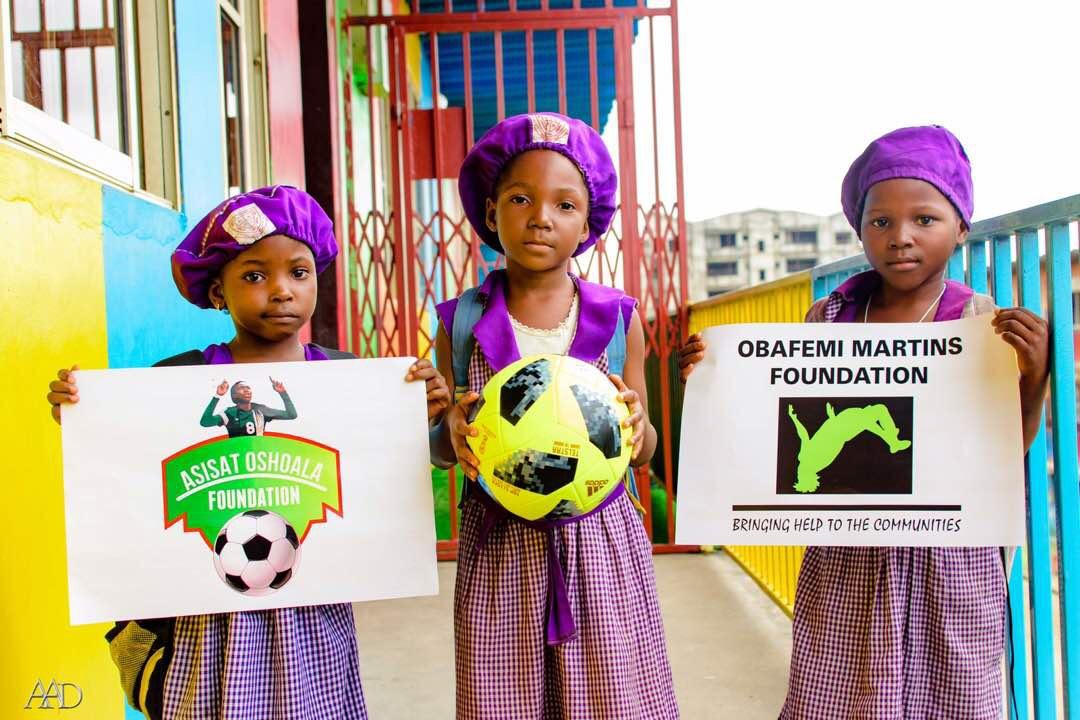 The queen of women football in Africa and the only African who represent women footballers in FIFA, has scored 11 goals in 13 matches this season for Dalian Quanjian FC in the Chinese Women’s Super League.

The Oshoala School Girls Football Clinic will be an intensive five-day coaching for aspiring women footballers.
Exceptional talents spotted will stand a chance of playing football in China and Uk as well as furthering their education.

The clinic is endorsed by the Nigeria Football Federation and the Lagos State Football Association and also supported by the office of the First Lady of Lagos State, Her Excellency Mrs. Bolanle Ambode, the Esther Ajayi Foundation and Obafemi Martins Foundation.

About 5000 girls from different secondary schools are expected to take part in the competition. Balls, pair of boots, jerseys, school bags and other educational and sports equipment will be distributed to all participants.

The winner of the last years edition is currently in school at Brooke house of education and sports as well as also playing for the Brooke Football Academy in Uk.

“We have decided to partner with two more foundation Obagoal, my brother and the Esther Ajayi foundation. I can’t do it alone, it keeps getting bigger. This is the 4th edition and we hope to make it good, so have decided to donate some sports materials to some schools in Lagos ahead of the tourney”, Oshoala said.