Osimhen and Insigne net on final Serie A farewell

Victor Osimhen and Stanislav Lobotka were among the goals as Lorenzo Insigne waved goodbye to Napoli fans with his last home match, converting a penalty against relegation threatened Genoa.

This was the final game at the Stadio Diego Armando Maradona for Insigne, who is heading to Toronto FC as a free agent, and he gave an emotional speech before kick-off. There was no time for sentiment in the Grifone camp, as they knew a defeat here could potentially relegate them. Nikola Maksimovic, Yayah Kallon, Stefano Sturaro, Zinho Vanheusden and Riccardo Calafiori were out of action. 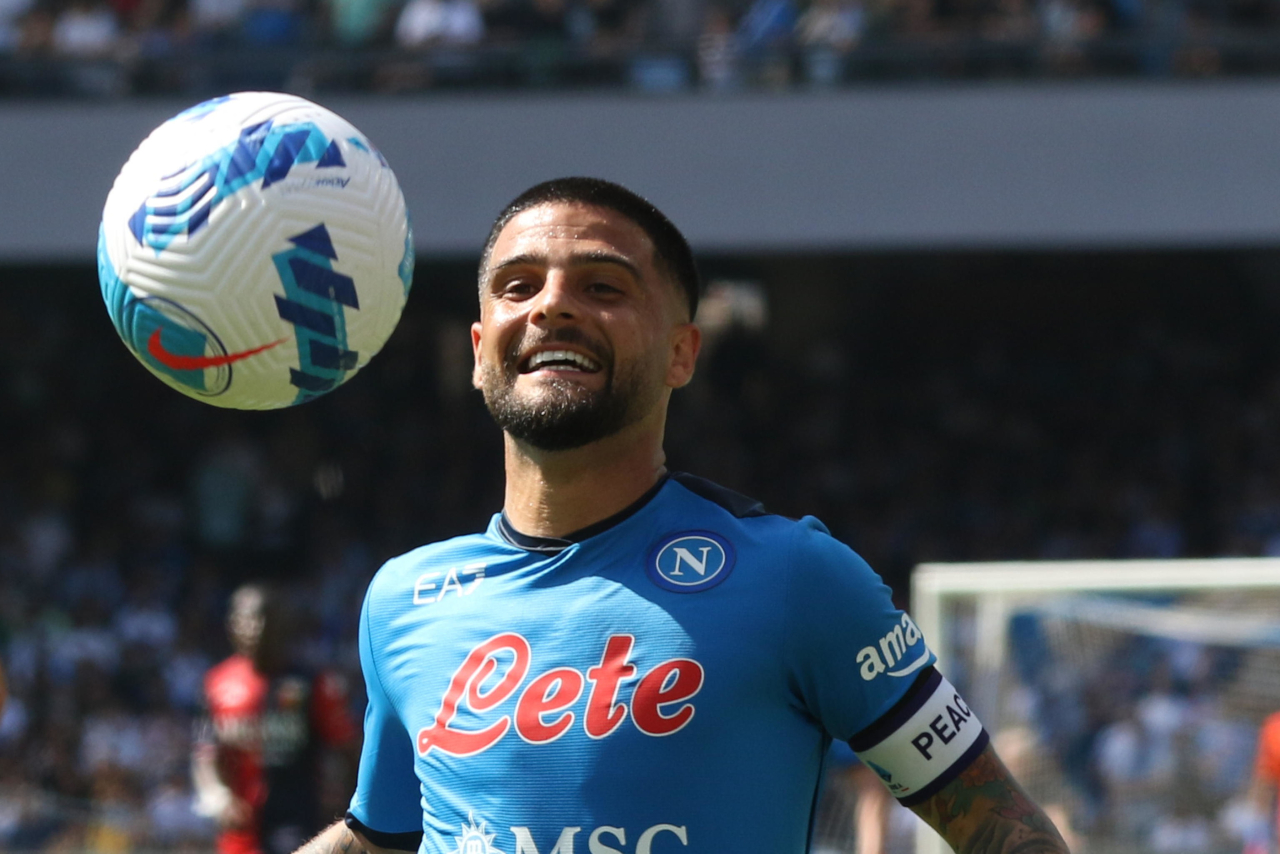 Leo Ostigard made a decisive tackle on Andre-Frank Zambo Anguissa, but Kelvin Yeboah unleashed a powerful strike from the edge of the area that rattled the crossbar with David Ospina beaten.

Nadiem Amiri also drilled wide, but Milan Badelj limped off with a hamstring injury. Insigne curled just over after a give-and-go with the cheeky Dries Mertens back-heel flick, while Salvatore Sirigu anticipated Mertens in the six-yard box by a matter of inches.

Victor Osimhen opened the scoring when he was allowed to ghost between centre-backs and turn Giovanni Di Lorenzo’s cross into the far bottom corner with a glancing header from seven yards.

Insigne almost scored one of the goals of his career, at the by-line flicking the ball over the head of one, then another defender before stinging Sirigu’s gloves at the near post.

The referee seemed to point to the penalty spot, but it was Osimhen who handled rather than a Genoa player, as confirmed by VAR.

Manolo Portanova prodded straight at David Ospina and Mimmo Criscito scuffed wide from just inside the box, while Osimhen tested Sirigu on the counter-attack.

There was a fair amount of confusion around the second goal after Hernani with an arm raised over his head blocked the Giovanni Di Lorenzo header for a penalty. Insigne stepped up on his farewell match and fired it onto the upright, Di Lorenzo converting on the rebound. However, it had to be retaken due to encroachment, which gave Insigne the opportunity to get it right into the top corner and say goodbye with a goal.

Ospina got one hand to turn an Amiri daisy-cutter round the base of the upright, then Lozano struck the side-netting on the counter before Stanislav Lobotka started the run from his own half and drilled low into the near bottom corner.

Insigne was given a standing ovation as he was substituted in the final minutes.

As for Genoa, they will be relegated this evening if Cagliari draw with Inter. Either way, their situation is now truly dire.