James Rodriguez was perhaps somewhat lucky to stay on the field as Colombia took on Chile in their 2022 World Cup qualifier on Tuesday evening after a horror tackle on Alexis Sanchez.

The two sides played out a 2-2 draw at the Estadio Nacional Julio Martinez Pradanos in Santiago de Chile, with Radamel Falcao bagging a last minute equaliser for the Colombians.

Two of the most talented players on the pitch came together in a rather ugly moment as James came in on Alexis and hit the Chilean on the ankle with his studs. 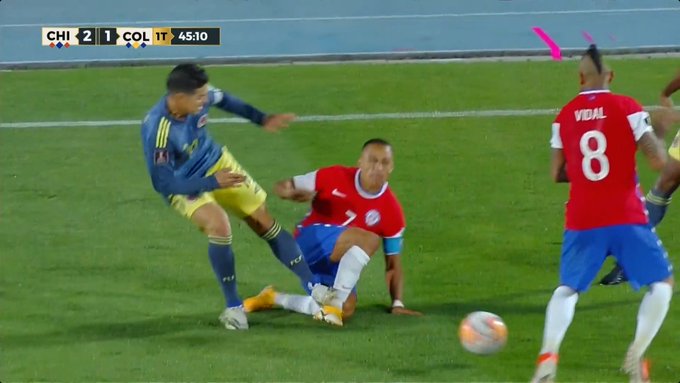 It could well have been a red card, though VAR never intervened and referee Dario Herrera gave the Everton playmaker a yellow card which sparked controversy after the game.

Tension as another Juventus star tests positive for Covid-19