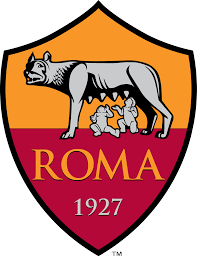 ITALY football club, AS Roma has said it will support the Super Eagles of Nigeria at the 2018 FIFA World Cup out of the 32 participating countries.

The Italy based side made this known in a tweet and wished the three time African champion “Good luck”.

The club threw its weight behind Super Eagles Coach, Gernot Rohr to excel with the array of Eagles stars invited by the German tactician to play for Nigeria at the Russia mundial.

Thanks you @BashirAhmaad – good luck to the squad at the @FIFAWorldCup in Russia. Italy won’t be there, so #ASRoma will be supporting our own players and the #SuperEagles 🇳🇬

The club’s logo was conspicuously on the same side with the Super Eagles logo. The club also shared the recently released FIFA Ranking which showed Nigeria in the 47th position.

The FIFA ranking post shared by the club has a full blown picture of Nigerian football supporters in their green and white traditional attire captured with warm smiles and jubilation.

The AS Roma post has been well received by football enthusiasts and followers of the Eagles.

Atletico friendly: I’m not happy I was snubbed–Onuwa