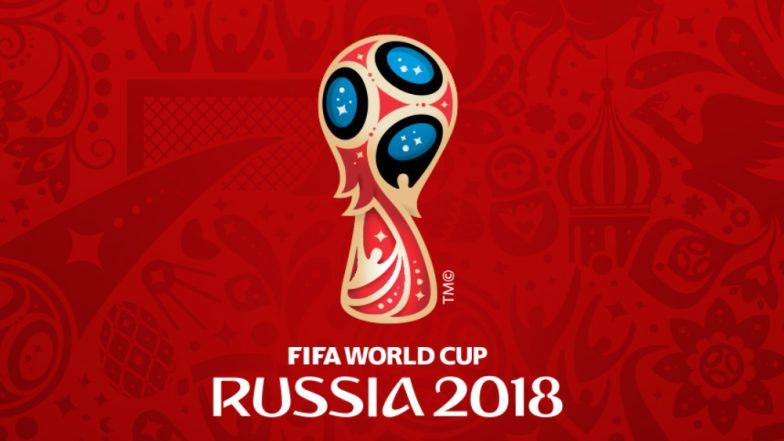 Hosts Russia reached the quarter-finals of the World Cup on Sunday when they beat Spain 4-3 on penalties after a 1-1 draw.

Russia will face either Croatia or Denmark, who were meeting later on Sunday, in Sochi on July 7.

Both the goals came in the first half.

Spain took a 12th-minute lead when veteran Russia defender Sergei Ignashevich put into his own net but Artem Dzyuba equalised from a penalty for the hosts in the 42nd minute after Gerard Pique handled in the area.

Russia have earned a place in the World Cup quarter-finals with a penalty-shootout victory over Spain in Sunday’s clash in Moscow.

A 1-1 draw had previously been played out, with an own goal from Sergei Ignashevich being cancelled out by Artem Dzyuba’s penalty just before the break, and Russia spent the rest of the game looking to stay on level terms.

Stanislav Cherchesov’s tactics paid off and in the resulting shootout, both Koke and Iago Aspas saw their efforts saved by Igor Akinfeev as Russia recorded one of their most famous triumphs.

Spain quickly set about gaining control of possession while Russia were content to try to stifle Spain in the final third by keeping a back three on their own 18-yard line.

However, that gameplan was effectively ripped up when Spain went ahead in the 12th minute. A free kick from the right was heading for Sergio Ramos but Ignashevich was focused on grappling with the Spain skipper and ignored the ball, which bounced off his heel and went into the far corner of the net.

The opener led to a bit of a stand-off with Spain showing little intent to create chances but once Russia got on the ball, they looked to get Dzyuba involved with the tall forward frequently getting the better of Ramos in the air.

A knockdown led to Aleksandr Golovin curling marginally wide of the far post from 16 yards but minutes later, Russia were given a penalty when Gerard Pique put up a hand to block a header from Dzyuba.

Pique was subsequently yellow carded and Dzyuba made no mistake from the spot, drilling the ball into the bottom corner for his third goal of the tournament.

At this point, Spain had not had a shot on goal but twice in added-on time, Diego Costa attempted to regain his side’s advantage, only to see a shot from an acute angle and a header saved by Igor Akinfeev.

Spain picked up where they let off after the restart with Jordi Alba getting on the end of a cross from the right, but the full-back’s effort was tame and straight at Akinfeev.

Russia are showing more attacking intent than before the interval but the game soon developed into a replica of the opening 45 minutes with significant chances on goal few and far between.

Both teams made their three changes but the pattern of the game did not change with Spain growing frustrated with Russia spending much of the final quarter inside of their own final third.

With five minutes left, a chance was finally created for Andres Iniesta by Iago Aspas, but the midfielder’s first-time volley was well parried by Akinfeev down to his right.

The game – almost inevitably – went to extra time with both teams continuing where they had left off and Dani Carvajal could have perhaps done better when meeting a cutback from Aspas.

Pique also had a header easily saved by Akinfeev, before the Russia stopper had to remain alert to produce another timely block after Rodrigo had gone on a powerful run from the halfway line before getting his shot away from inside of the area.

With five minutes left, Spain felt that they should have been awarded a penalty when both Pique and Ramos appeared to be hauled down inside of the box but VAR called for play to continue, much to the disgust of the Spain squad.

Although he’s unlikely to be busy this afternoon, it’s key for David de Gea to have a solid game – not only for himself but for his critics that are growing by the day in Spain.

De Gea made a mistake to allow Cristiano Ronaldo to score in Spain’s opening 3-3 draw with Portugal, and has been criticised for his claiming of crosses and distribution in the 2-2 draw with Morocco in Spain’s final group game. The Manchester United goalkeeper has been at the top of his game domestically for the last five years and owes his country a performance after a sloppy start. A clean sheet would go a long way to repairing that relationship.

Four changes for Russia and potentially a change of system too. We think they’ll line-up with five across the back. In come Mario Fernandes, Yuri Zhirkov, Daler Kuzyaev and Aleksandr Golovin. There’s no place for Denis Cheryshev despite being Russia’s top scorer in the tournament.

Spain have made three changes from the Morocco draw, one of those is Andres Iniesta, who drops to the bench. In come Marco Asensio, Koke and Nacho, who replaces Dani Carvajal at full-back. Meanwhile, David de Gea does keep his place.

Don’t compare me with Pele- Mbappe