Senate President Bukola Saraki on Friday visited the Super Eagles prior to their second group D clash at the FIFA World Cup in Russia against Iceland to ginger the team to go out for victory. 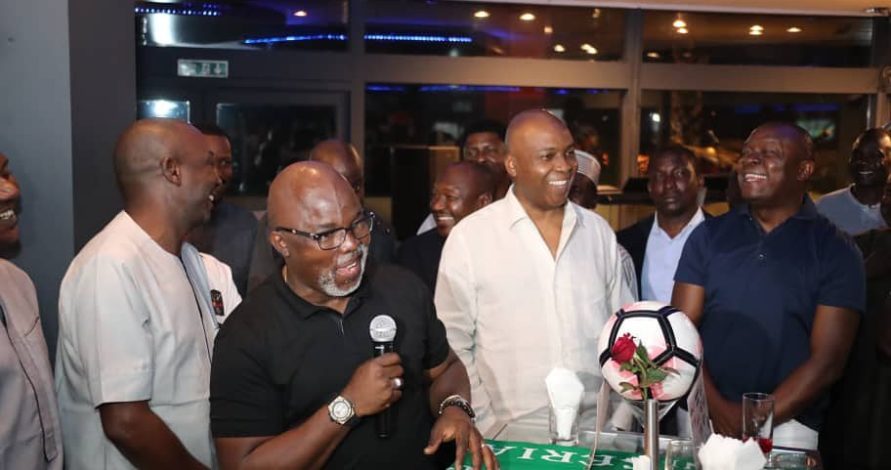 Sportinglife.ng gathered from a source present at the meeting that the nation’s number three citizen  promised the players that he would triple the $50,000 pledge to the team if they defeat Iceland.

“I am sure the words of encouragement from the Senate President must have also inspired the boys to victory,” said our source.

It would be recalled that Saraki pledged the sum of $50,000 to the Eagles for every victory in Russia when he visited the team at their Transcorp Hilton in Abuja before they departed for London ahead of their international friendly against the Three Lions of England in May.

The Senate President who was also at the Volgograd Arena to cheer the Eagles along with other parliamentarians including former Akwa Ibom governor, Godswill Akpabio urged the boys to continue to show discipline.

“Great win by our @NGSuperEagles. Let us continue to show that discipline and preparation brings results. #NGAISL #SoarSuperEagles,” Saraki tweeted after the game.
Loading...
eaglesIcelandNigeriaRussia 2018Saraki