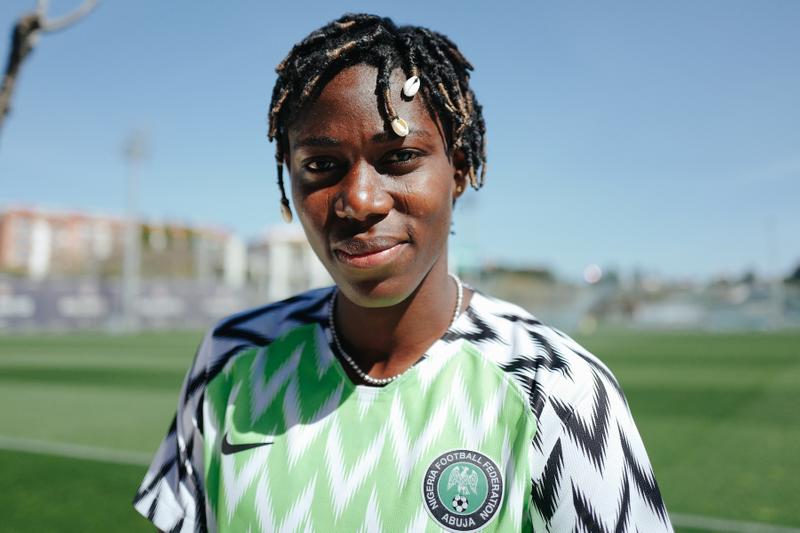 Asisat Oshoala has been nominated for a fourth African Women’s Player of the Year prize and faces stiff competition from last year’s winner Thembi Kgatlana of South Africa and Cameroon’s Ajara Nchout.

Nchout inspired Cameroon to the Round of 16 in the World Cup and the Olympic Qualifiers final stages. She also helped Valerenga to a Champions League ticket and Norwegian Cup runners-up spot, scoring 15 goals in the process.

Thembi Kgatlana scored South Africa’s only goal at the Women’s World Cup in France and netted six times in 14 games for Beijing Phoenix in China.

Oshoala has won three of the last five prizes, taking the 2014 prize for her exploits at the U20 World Cup,  2016 for Nigeria’s African Women’s Cup of Nations success and a fine outing with Dalian Quanjian in China in 2017.

Oshoala had a brilliant 2019, she scored Nigeria’s winner against South Korea as the country broke a 20-year jinx to reach the Women’s World Cup Round of 16 in France and also made history as she became the first African to play and score in the UEFA Women’s Champions League final, scoring Barcelona’s consolation in a 4-1 loss against Lyon.

Another win will see the Barcelona Femeni star will join compatriot Perpetua Nkwocha to win the prize four times if she wins next week in Egypt.

The CAF awards ceremony will be held at the Albatros Citadel Sahl Hasheesh, Hurghada on Tuesday, 7 January 2020. “Whatever the outcome, it is fine by me, I am going for my fourth one and I think it is a very good feat,” Oshoala said.”It is all about being consistent, which is the most important thing for me I just want to be better every year and help my team anytime I am on the pitch.”

Oshoala added that rivals Kgatlana and Nchout are very good players who have done well for their clubs, adding that the growth of African players and their impact on the world stage piques her interest.

“They are very good players, obviously doing well for their various clubs which is very interesting because for me it is about how African players have grown and how much impact they have made in the sport.

“Before we don’t hear much about African players and I am happy that during the last world cup, a lot of African talents were discovered.”

You are too short, Mourinho tells struggling Spurs defenders

Man Utd wage bill set to rise by record £65m due to Ronaldo,…