African representatives Tunisia confirmed their flight back home after losing their second match 5-2 to Belgium on Saturday. 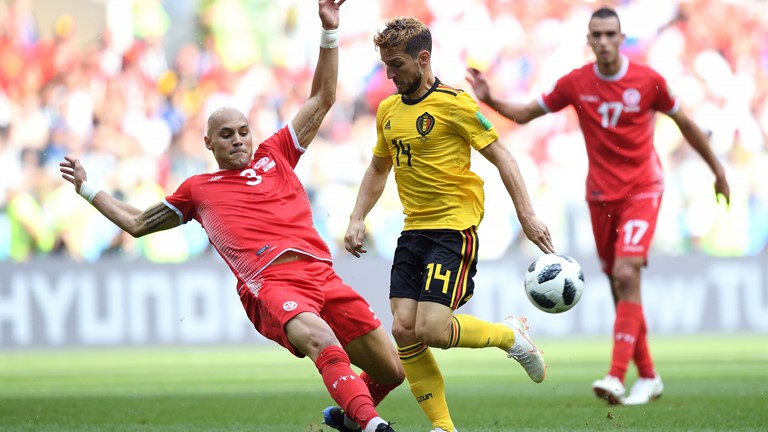 The Carthage Eagles who lost their opening match 2-1 to England, had shown signs of seriousness in the early minutes of the match but a 6th minute penalty converted by Eden Hazard dealt the first blow on the Eagles whose woes were further compounded by another goal by Lukaku in the 16th minute.

The Tunisians however pulled one back thanks to Dylan Bronn in the 18th minute.

Lukaku however scored a second goal to leave score line at 3-1 at first half.

The second half however turned out to be extra pain for the Tunisians as Hazard and Michy Batshuayi hit targets in the 51st and 90th minutes respectively.

An extra time goal by Wahbi  Khazri though a plus for the Tunisians merely reduced the tally but removed nothing from the defeat which has now confirmed their exit from the world cup. Although they still have a last group match against Panama, they will merely be playing for pride as every indication point to Belgium who have six points in the kitty and England advancing from the group.

Tunisia who first made appearance at the world cup in 1978, have never gone past the group stage in four appearances. Saturday’s defeat means the Tunisians have gone 13 matches without a win in the world cup.