A one-time champion boxer has been jailed after he was found guilty of having sexual intercourse with a minor. 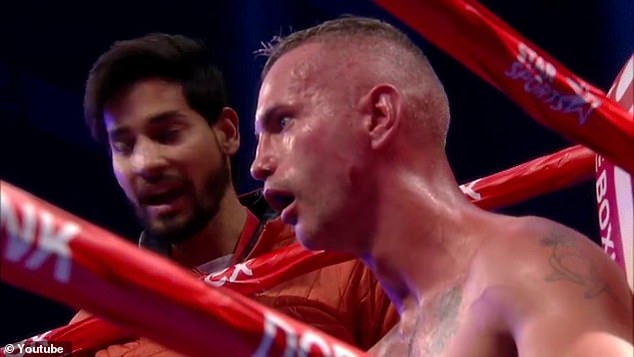 Scott Edwards, 32, was sentenced in Gosford District Court on Thursday, following multiple offences with a teenage girl back in 2012.

Edwards was also charged with using a device to record a conversation to which he was not a party.

The jail term was back-dated to March 6, 2017 with the former welterweight fighter sentenced to a non-parole period of six years and eight months.

According to court documents, the earliest Edwards will be eligible for release is November 5, 2023.

A jury delivered a guilty verdict last May when Edwards faced a three-day trial in Newcastle District Court.

The court heard Edwards had sexual intercourse with a teenager on two occasions in late 2012 – though he denied there was any sexual activity.

Edwards, who operated Sapphire Boxing and Fitness in Newcastle, was arrested and charged just a few weeks before he was due to defend his state title in April of 2017.