By Precious Igbedion On Jul 25, 2018 0
Erstwhile Super Eagles goalkeeper and trainer, Ike Shoroumu, has stated that Nigeria’s first choice goalie at the 2018 FIFA Mundial Francis Uzoho needs more competition if he is to maintain the number one position.
Shoroumu, told brila extensively that the position of the three-time Africa champion goalie department needs to be thrown open for a keener competition. 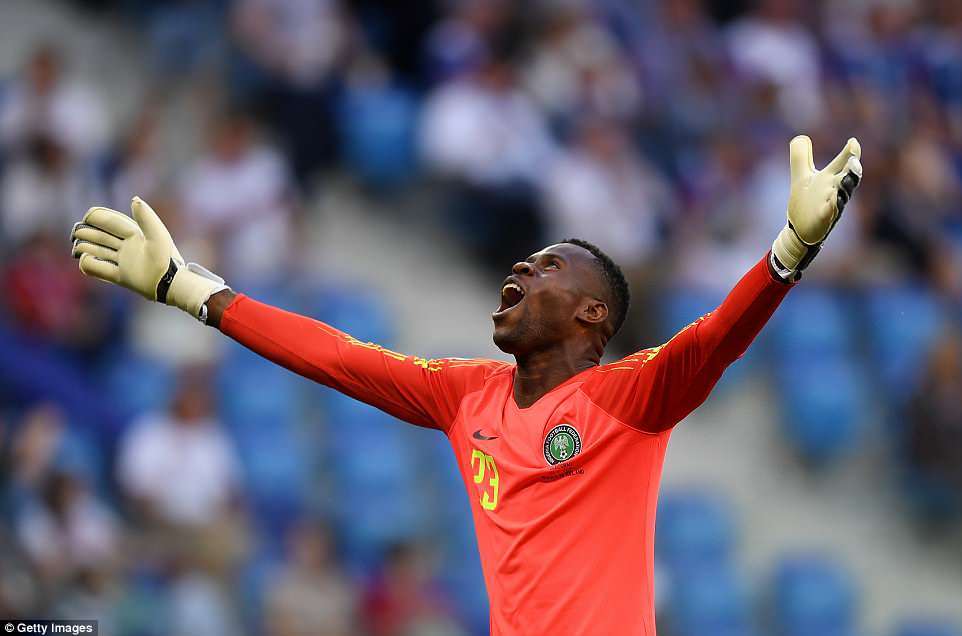 According to the former Besiktas goalie Francis Uzoho needs to be encouraged ahead of September’s AFCON qualifiers.
‘’Francis needs support of Nigerians to get to the pinnacle of his career, but he should not at anytime think he has the number 1 shirt,’’ the Lagos born Shot stopper said.
‘’Competition should be made keener despite Uzoho’s appearances for Nigeria in the build up to the World Cup and World Cup proper,’’ he added.
The veteran goal keeper said that despite the Super Eagles early ouster at the just concluded Russia World Cup, the 19- year- old keeping ability was top notch.
ShoroumuUzoho