Nigeria’s Olanrewaju Durodola was out-boxed by two-time Cruiserweight champion, Krzysztof Wlodarczyk to a unanimous decision at the G2A Arena in Rzeszow, Poland. 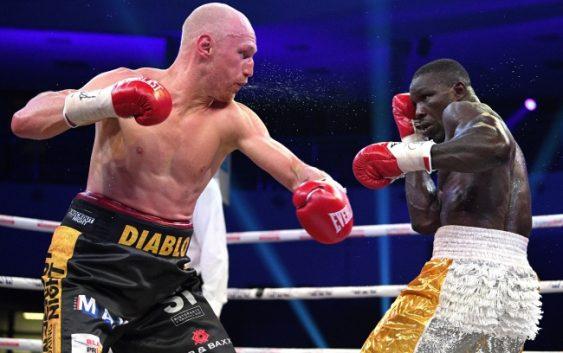 While Durodola had earlier promised a brutal fight against Wlodarczyk, the fight itself was largely uneventful with the 37 year old Nigerian trying hard to be aggressive but the 36 year old Pole moved well to avoid being hit and landed punches on occasion. He had Durodola staggering in the sixth round with a left hook.

He recorded his 55th career victory in 60 fights while Durodola has six losses in 33 fights.