Nigeria’s Super Falcons on Saturday easily booked their passage to the semi final of the WAFU Women’s Cup after thrashing Niger 15-0 in their second group match at the Parc Des Sports Stadium in Abidjan. 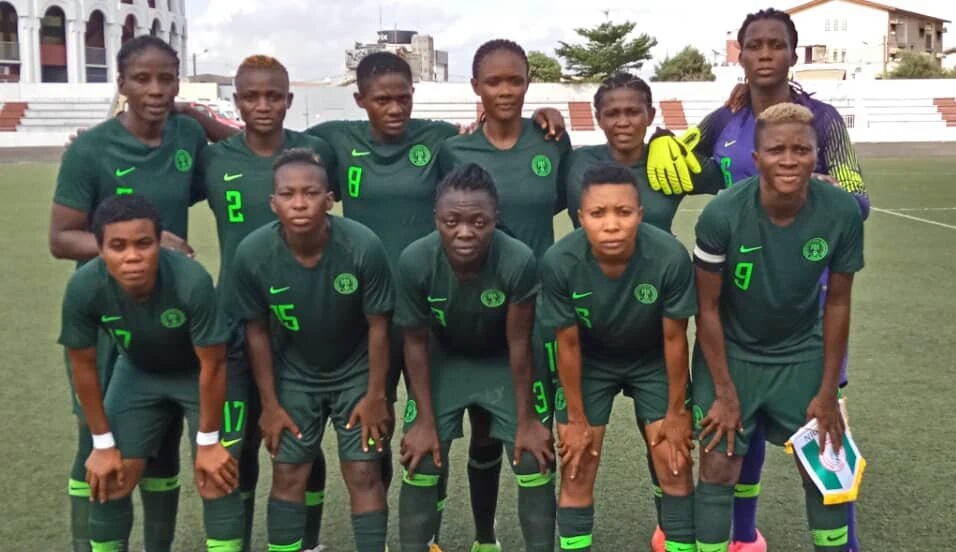 The Africa champions scored nine goals in the first half and added six more in the second half. Ceceila Nku and Hat-trick heroine, Uchenna Kanu were among the scorers.

The Falcons who have had it so easy in the competition would now face Mali in their last group match on Monday.

Monday’s match against the Malians who finished fourth at last year’s Africa Women Cup of Nations in Ghana would be Nigeria’s biggest opposition  in the group stage.

After playing two matches, Nigeria have scored 20 goals and conceeded only once which was against Burkina Faso in their opening game which ended 5-1.