Zlatan Ibrahimovic is willing to return to Milan despite having to spend 14 days in self-isolation upon his arrival.

La Gazzetta dello Sport claims the 38-year-old, if it depended only on him, would have liked to remain in Sweden for now.

When I roar he roars

A post shared by Zlatan Ibrahimović (@iamzlatanibrahimovic) on May 4, 2020 at 6:51am PDT

Previously it was reported that the Rossoneri attacker was awaiting a set date for the resumption in Italy, but he is willing to return to Italy.

Once he is back, will be undergoing the medical checks provided by the protocol and spend 14 days in quarantine, like the rest of the players arriving from abroad. 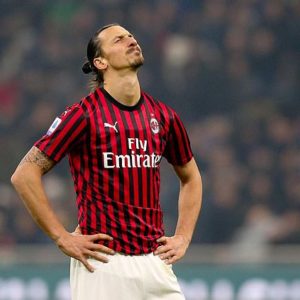 Zlatan has been keeping fit with Hammarby in his native Sweden and his future at Milan beyond the current season is uncertain.

Since his return to Serie A in January, the former Juventus and Inter star has scored four goals and provided one assist in his 10 games for the Diavolo.