Russian Interior Ministry has confirmed that 1,863 Nigerians who were in the country for the last year’s FIFA World Cup are yet to leave.

The figure which was gotten from the FAN ID system adds to the more than 5,000 supporters who have remained illegally. 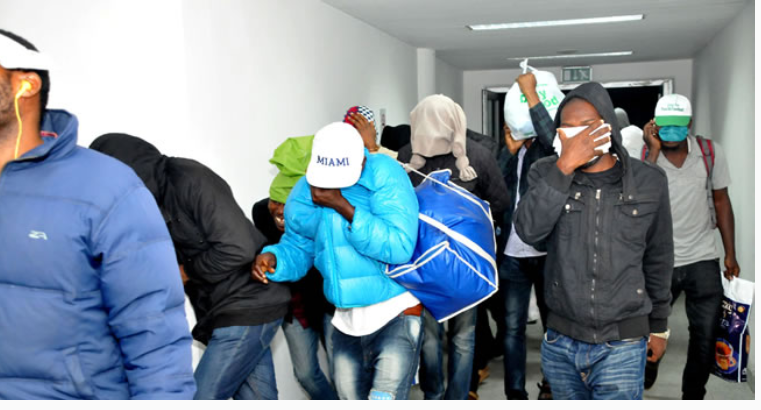 According to the ministry’s report, more than 12,000 World Cup fans are still Russia as of December 31.

“In the main, they were all law-abiding and left the country in their own time,” migration department head Andrei Kayushin had said last week.

Majority of the fans gained entry into Russia without visa, provided they held a FAN ID document.

Nigerians have the highest number followed by Vietnam (911) and Bangladesh (456) – neither of whom were playing at the 32-team tournament.

Senegal, who have an estimated 253 citizens still in the country.

The Interior Ministry has said that work to expel those in the country illegally will continue, and is expected to be completed by the end of March.

Around 650,000 foreign fans visited Russia during the tournament, according to the ministry.

I know there’s more to come from me, says Leicester fullback Ricardo

I know there’s more to come from me, says Leicester…