Amputee Eagles cheat death on their way to Abuja

Players and officials of the Nigeria Amputee Football Team on Monday cheated death when the bus they were travelling in was involved in a ghastly motor accident along the Lokoja-Abuja expressway.

The Special Eagles, who have been camping at the Teslim Balogun Stadium, were travelling from Lagos when the accident occurred. 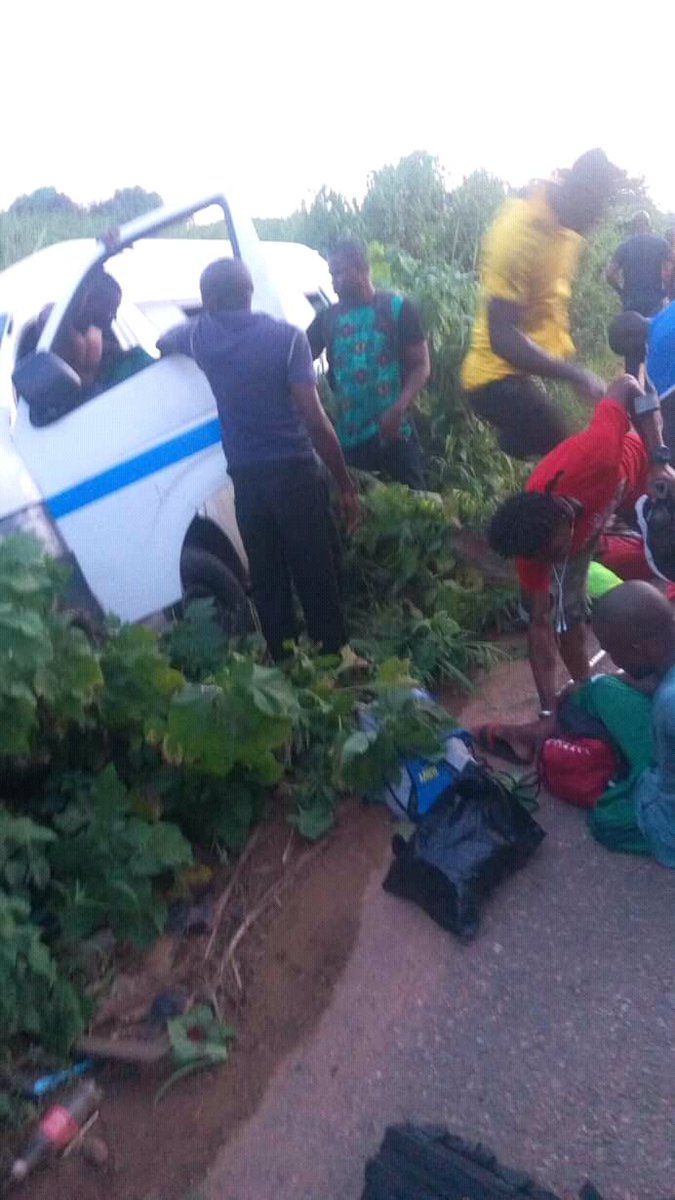 They were on their way to the Federal Capital Territory to apply for their visas ahead of their proposed trip to Mexico for the 2018 Amputee Football World Cup which kicks off from October 24.

Although no life was lost, many of the players sustained minor injuries according to a Whats app message from one of the players who craved anonymity.

The player said the team was rescued by soldiers who were on operation search and stop.

The Federal Government through the National Sports Commission has come under knocks for not making adequate arrangements for the team whose preparations so far has attracted public sympathy.

“The Nigeria amputee football team had an accident on their way to Abuja to get visa for the Upcoming amputee World Cup in Mexico. Does this Government Care about these Guys at all?,” a concerned Nigerian tweeted.

Close to N10m has been raised for the team since they cried out for assistance. On Saturday the Super Eagles donated N6.5m after Saturday’s 4-0 demolition of Libya at the Godswill Akpabio Stadium in Uyo.