FT: Croatia are through to the last 16 of the World Cup after a stunning 3-0 victory in Nizhny Novgorod which leaves Argentina in serious danger of exiting at the group stage.

Ante Rebic made the most of a Willy Caballero howler to open the scoring in the 53rd minute before Luka Modric curled in a sensational second (81) and Ivan Rakitic stroked in an injury-time third to secure his side’s passage to the knock-out stages.

But after their opening 1-1 draw with Iceland, Argentina go into their final Group D game with Nigeria with only one point and their hopes of staying in Russia beyond the group stage are hanging by a thread. 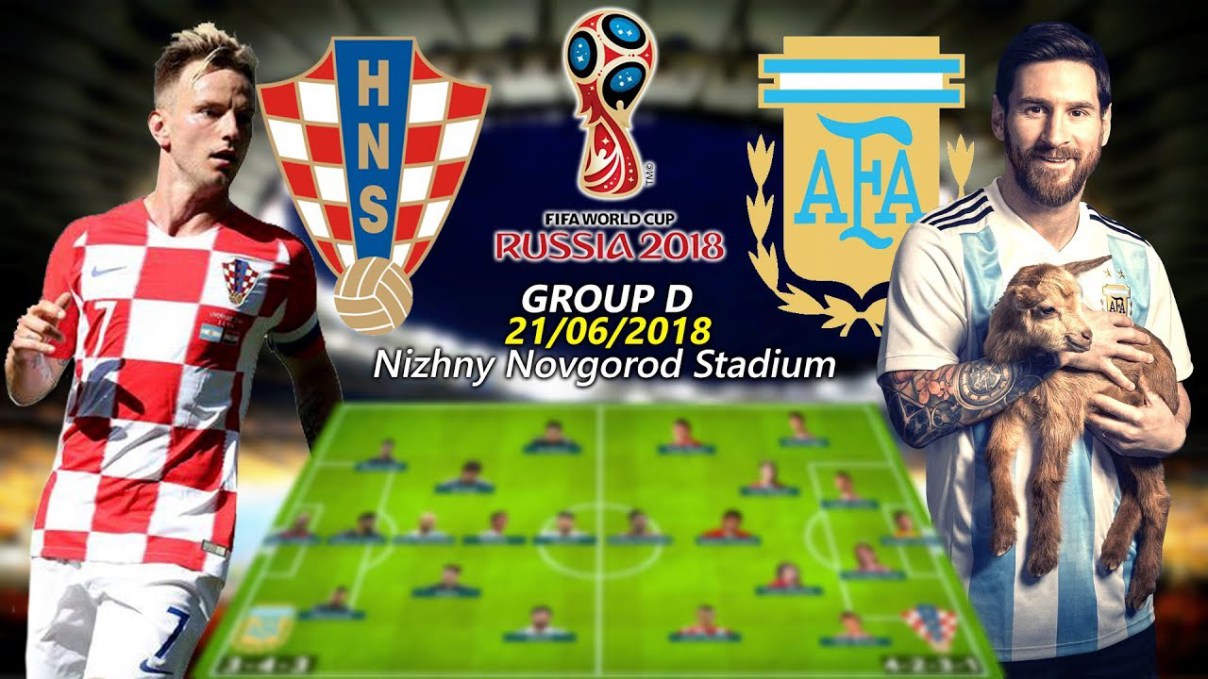 The Favourable Result for Nigeria

The permutation has started as the Super Eagles of Nigeria stumbled against Croatia in a disappointing start at the mundial.

What will be the likely result from Argentina versus Croatia match that will put Nigeria in a better position ahead of their crucial match against Iceland on Friday?

The best result that will keep Nigeria in contention is a draw between the two countries while hoping the three-time African champion will emerge victorious against their Iceland counterpart tomorrow.

A draw would also suffice in this circumstance – meaning La Albiceleste would have two points after two games.

Argentina, at the moment, are on a bad run of form – having not won any match in their last three at the World Cup finals. Their last victory was against Belgium at the quarterfinal stage in the 2014 edition.

According to FIFA.com, Jorge Sampaoli is going to make changes to the starting 11, in what has been described as a must-win match.

“Desperate for the win that will keep his side’s fate in their own hands, Sampaoli is set to ring the changes, both in terms of tactics and personnel,” reports Diego Zandrino.

“His aim is to fashion a starting line-up that remains competitive but which can also play better football and penetrate the opposition defence down the flanks.

“Speed of response and the ability to keep their shape will also be crucial for the Argentinians at the back, as will the need to sharpen their finishing.”

For the Croats, a win or a draw would be good, as they will stay top of the group until Iceland play Nigeria on Friday.

Modric wins man of the match against Argentina